Jim Martinez has been creating water-wise, environmentally friendly gardens in Dallas and Marfa, Texas, for more than 30 years. He picks seven of his favorite plants to grow in desert regions, including Arizona, New Mexico, and Texas. By Lindsey Taylor

Landscape designer Jim Martinez has been creating water-wise, environmentally friendly gardens in Dallas and Marfa for more than 30 years. Surrounded by mountains, at an elevation of almost 5,000 feet, the Marfa plateau is subject to extreme temperature variations. “In winter, it can be 60 degrees in the day and drop to 15 at night,” Martinez says. “Selecting plants that are adapted to these conditions is the key to success.” As much as possible, he uses plants that are native or endemic to the region. A particular favorite is Hinckley’s columbine (Aquilegia chrysantha var. hinckleyana), a shade-tolerant plant with masses of yellow blooms that grew only in this area until recently, when the nursery trade discovered it. Fragrant plants grow in abundance on the Marfa plateau, and when he can, Martinez selects plants based on their hummingbird-, butterfly-, and bee-attracting abilities. For design, he takes his cues from the surrounding high-desert grassland, where grasses grow in a well-spaced pattern—nature’s way of ensuring that the plants benefit from the little rain that falls during the “rainy” season, from July through September. 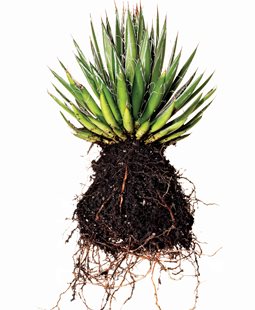 Agave victoriae-reginae is a striking, slow-growing cactus that may take as long as 40 years to flower. It’s best grown alone and away from paths because of its sharp leaf tips. 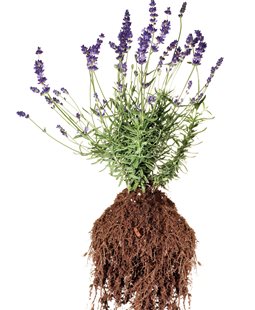 Lavandula angustifolia is a dwarf lavender that can grow 18 inches high, making it a good choice for edging. It has deep-purple flowers and greenish-gray, very aromatic foliage. 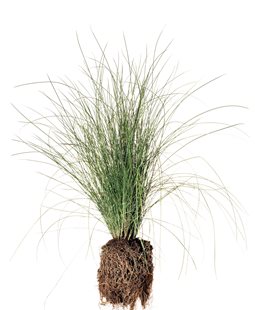 Muhlenbergia capillaris is a drought-tolerant grass that produces a spectacular bloom of billowy, pinkish flowers in the fall. It works well planted en masse in a border-either on its own or mixed with other drought and sun-loving perennials. 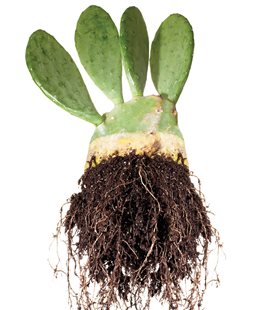 Opuntia cacanapa is a fast-growing compact plant that reaches a width of 6 feet and a height of 6 feet. In July, bright yellow flowers appear, followed by large, red fruit. 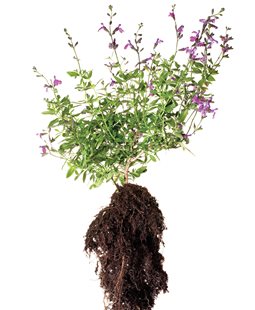 Salvia greggii is a dwarf, semi-woody perennial native to Texas and Mexico. This tough plant, reaching 3 to 4 feet in height, has long-lasting purple flowers which add color to mixed borders. 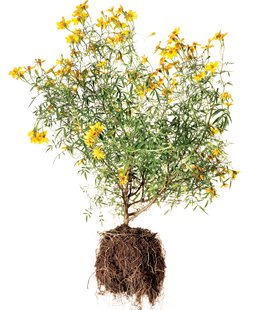 Tagetes lemmonii is an airy plant with pale-green to deep-green foliage and a distinctive scent. It can reach a height of 3 to 6 feet at maturity and has deep-yellow flowers that appear from September to November. 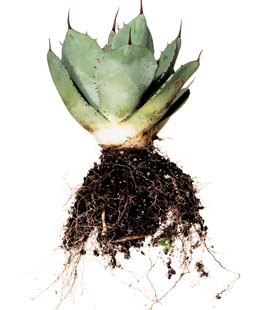 Agave parryi var. truncata is a compact, rosette-forming succulent with squared-off blue-gray leaves; its yellow flowers appear in summer. It can grow 2 to 3 feet tall by 3 to 4 feet wide. Great in a succulent garden or a container garden.

Chihuahuan DesertExtending over 175,000 square miles, from central Mexico into parts of Arizona, New Mexico, and Texas—including the area around Marfa—the Chihuahuan Desert is the largest in North America. It’s what’s known as a rain shadow desert: its position between two massive mountain ranges blocks most of the moisture that would otherwise reach it from the Gulf of Mexico and the Pacific Ocean. Many smaller ranges and river valleys run through the Chihuahuan, making for great diversity of habitats and of plant and animal life.

Water Wisdom: Eco-Friendly Santa Fe GardenA garden that honors the native landscape and makes the most of every drop of rain that falls.

A Waterwise Cactus GardenAt this home in the foothills of Los Angeles, drought tolerant cacti and succulents flourish.

Ten Eyck Desert Garden A garden in the Arizona desert designed by Christy Ten Eyck is both water-wise and chic.