To weave a home, to woo the girl, to start a family in the trees: This is the life of a male weaver bird—champion textile designers and indefatigable courters. 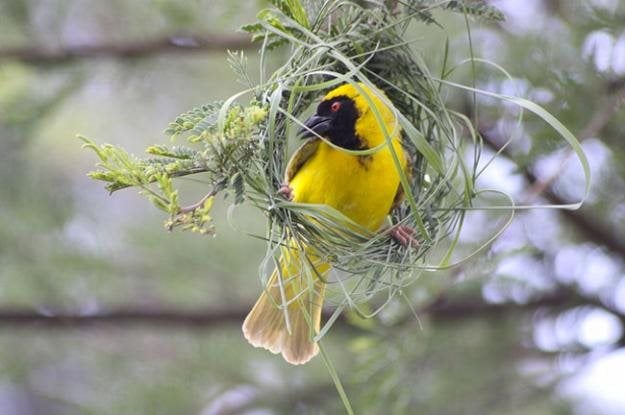 A Southern Masked Weaver (Ploceus velatus) beginning the entrance to a nest in Johannesburg, South Africa. Photo by: Derek Keats.

There are over a hundred species of weaver birds, mostly in Africa & Asia, most of which build intricately woven nests. Home-building is done exclusively by males hoping to attract a female. Depending on the species and available building materials, nests may be constructed with plant fibers or twigs. In a pinch, the resourceful weaver bird will also use string or twine. Grasses are often preferred for their pliability and reliable abundance-one nest requires about a thousand strands. 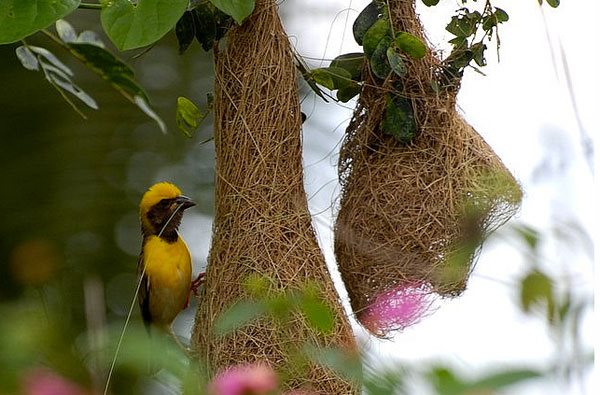 A Baya weaver bird in Bangalore. Photo by: Shrikant Rao. 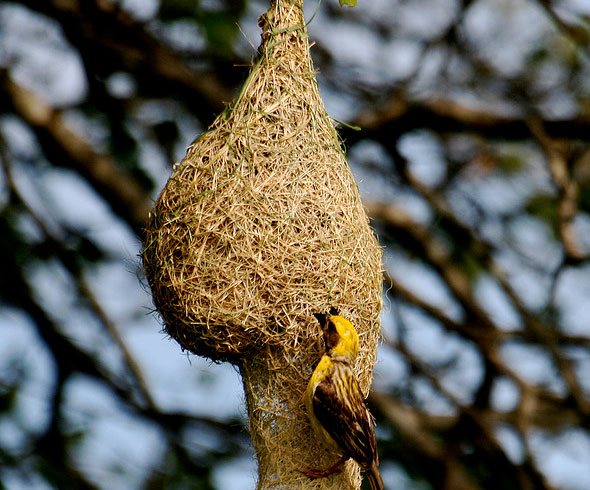 The nest begins with a single strand, knotted to a branch with beak and claw. After that, the technique is just like any other weaving pattern-the strands are threaded through others at opposing angles. From the first knot, an entrance is built. The aperture is important. It must be large enough for the birds to enter, but small enough to restrict predators from entering. The ideal design has a long tube that connects to a chamber, which will optimistically serve as the nursery. 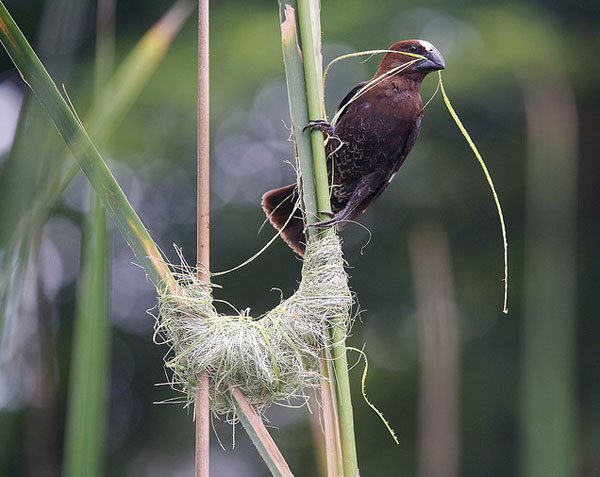 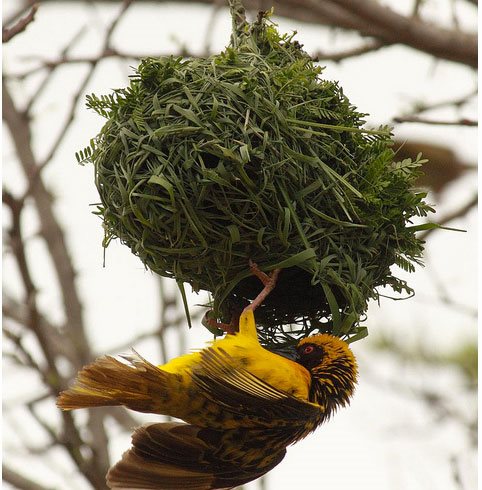 When the nest is complete, the male will announce an open house by fluttering his wings. He invites a female home and hopes she approves. If she does, there will be eggs in the nest within days. If she doesn't, the nest is usually abandoned. A male will often make multiple nests over the course of the mating season. According to the BBC, most weaver males never become parents. 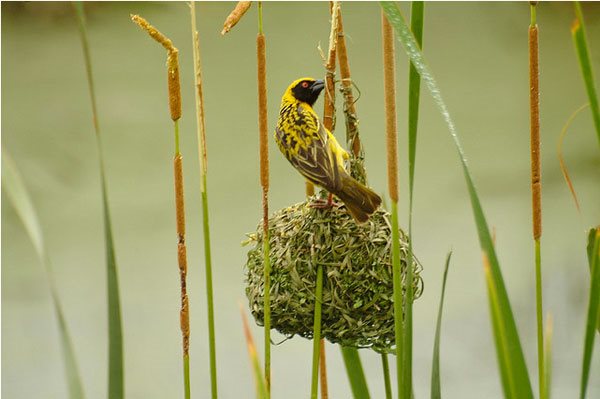 Weaving a nest in South Africa. Photo by: Mark Shobbrook. 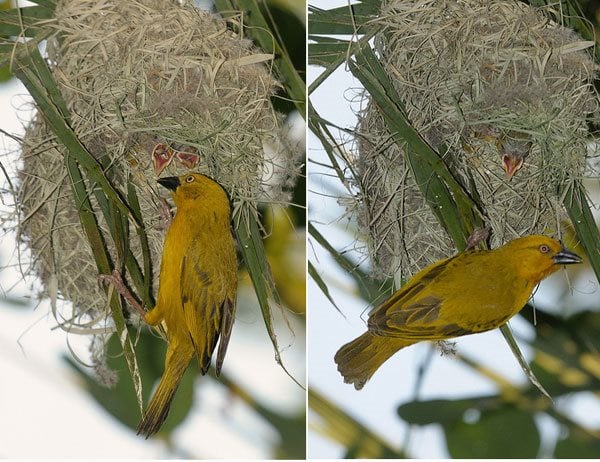 Tha majority of species build individual love nests, but others, such as the sparrow weavers of Africa, will weave aggregate nests in communities with hundreds of other weaver bird pairs. 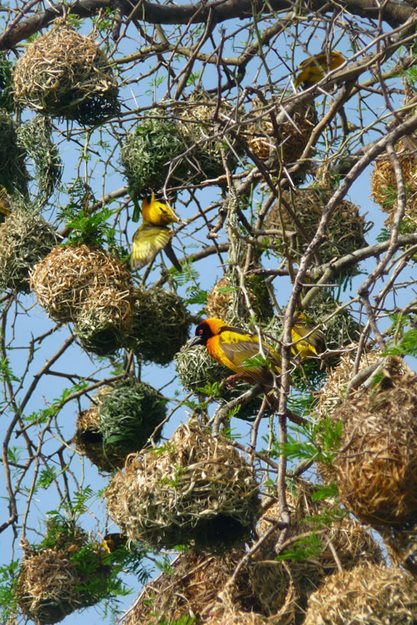 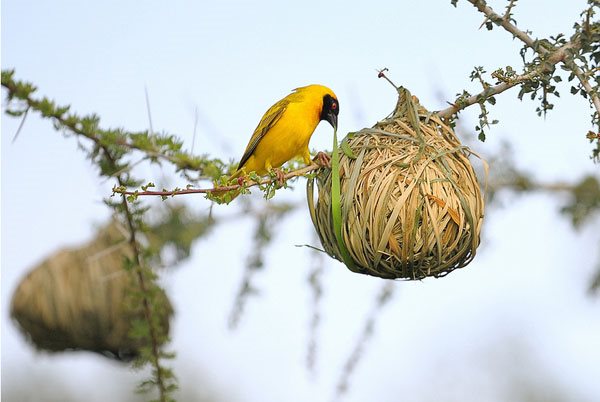 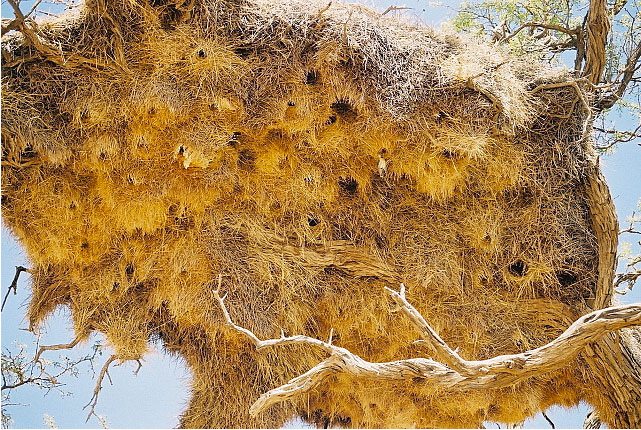 A community of weaver bird nests in Namibia. Photo by: Mark Abel. 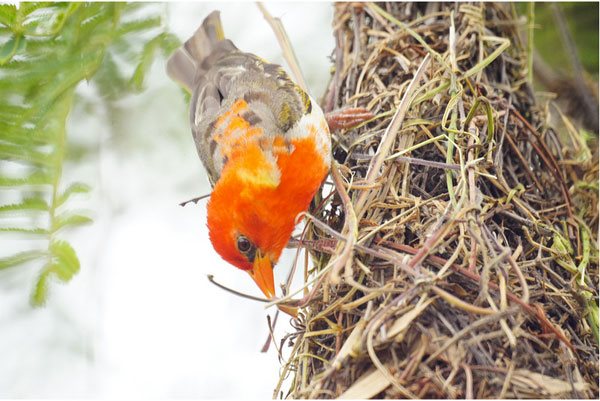