The American chestnut tree has dominated Eastern forests for centuries, but it almost disappeared when a foreign blight was introduced in 1904. Scientists have been trying to breed blight-resistant trees and recently planted several at the New York Botanical Garden, just steps from the blight's origins over one hundred years ago. By Anna Laurent

In the late 1800s, when the American chestnut (Castanea dentata) reigned in Eastern forests, the tree was a symbol of national identity. Log cabins were built from its lumber, Christmas carols celebrated its nuts "roasting on an open fire," and the tree dominated the landscape. At the turn of the century, an estimated 4 billion American chestnut trees filled a quarter of forests in the Eastern United States. Over the next century, however, the American chestnut fell victim to a foreign blight and the iconic tree nearly disappeared. 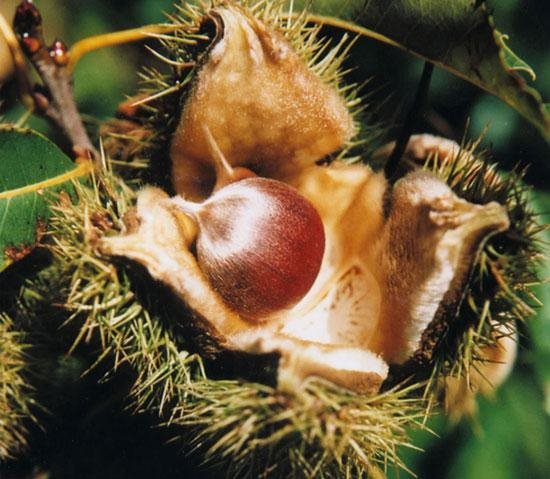 American chestnut populations were exposed to the disease around 1904, with the introduction of several Chinese chestnut trees that carried the blight—a virus that survives in the tree's roots and prevents the tree from maturing. Within 50 years the fungus had infected and killed most of the American chestnut trees from Georgia to Maine, depleting the forests of Appalachia.

The story isn't over. The bad news: The pathogenic virus remains a threat, and has not been controlled. The good news: The American chestnut has not gone extinct, and certainly not forgotten. In the past decades, botanists have initiated efforts to revive the species, breeding disease-resistant hybrids that could hopefully repopulate depleted forests. At least 50 strains of the fungus have been identified, and the Chinese chestnut trees that introduced them are resistant to all of them. A primary tactic has been breeding American chestnut trees with Chinese chestnut trees, hoping to render the American tree blight-resistant. 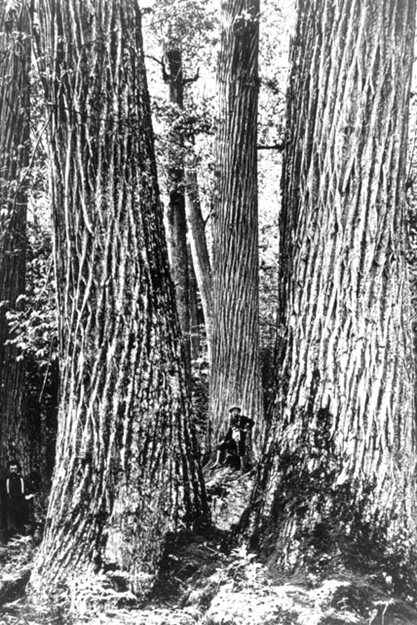 In 2012, scientists planted a group of genetically-engineered American chestnut trees. Grown with a wheat-derived gene that is believed to increase resistance to the pathogen, the trees were the culmination of a twenty-year effort to develop a viable new tree. The location was symbolically notable—a site at The New York Botanical Garden, very close to where the fungus was first discovered.  "We're very excited to be going back to the New York Botanical Garden because that's a stone's throw, literally across the street, from where the blight was discovered in 1904," said Dr. Charles Maynard, a scientist at the SUNY College of Environmental Science an Forestry. At the April 18, 2012, ceremony in the Bronx, Maynard and SUNY-ESF colleague Dr William Powell, dressed in suits, knelt in the soil to plant the young test trees.

The American chestnuts planted at the New York Botanical Garden are among more than 100 varieties that scientists are gradually introducing into test gardens. It'll be about 50 years before we'll know whether the young trees will be resistant to the blight. Many states are initiating their own breeding programs—check the American Chestnut Foundation for news. And pick up Susan Freinkel's American Chestnut: The Life, Death, and Rebirth of a Perfect Tree. The book's title tells it all—pages of history and anecdotes arguing that the tree is—to borrow its classic idiom—no "old chestnut."