How to Grow Pretty Poppies

Unabashedly flamboyant and exuberant in bloom, Oriental poppies deserve their brief time in the spotlight By Ray Rogers 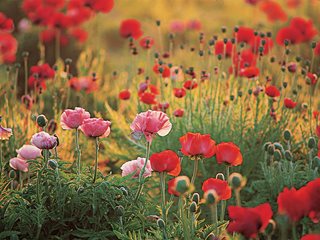 A poetry-inspiring field of Oriental poppies, with a salmon-colored form making its presence known among a large planting of glowing orange-red selections. The plump seedpods at the rear serve as an eloquent reminder of their intriguing though fleeting nature. Photo by: Roger Foley.

The flowers of oriental poppies cause writers to wax eloquent—“gorgeous,” “vivid,” “shimmering,” “silken.” Starting with the retina-sizzling red-orange of the species (Papaver orientale), hybridizers have created pulse-quickening hot reds and oranges, luscious pinks and pristine white. Look into the center to find the distinctive (sometimes absent) black blotches and a mass of stamens surrounding the characteristic central ovary that matures to a seed-filled “peppershaker” capsule. Oriental poppies bear their single to semi-double, 3- to 8-inch, crepe-paper blooms on 2- to 4-foot stems above dense clumps of hairy leaves, the clumps (and the floral show) increasing in size from year to year.

Appeal: The sumptuous and voluptuous Folies-Bergère petticoats of Oriental poppies dance above their abundant clumps of unapologetically coarse, hairy leaves. While their bloom season is brief and the foliage disappears in summer, they make a vivid, memorable splash and can be used with other plants to accommodate their eccentricities.

Zones: Although they seduce gardeners in much of North America and the rest of the temperate world, Oriental poppies grow best in Zones 5 to 7, thriving where summers are relatively cool. They languish then perish in the heat and humidity of Zone 8 and hotter. 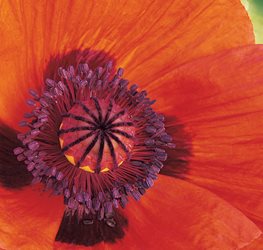 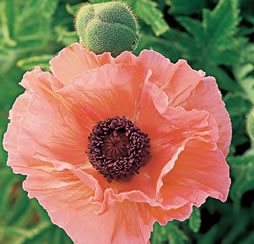 A long-time favorite cultivar with crinkly petals of soft salmon-pink fluttering on 24- to 30-inch stems. 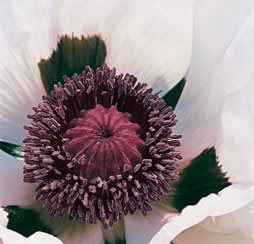 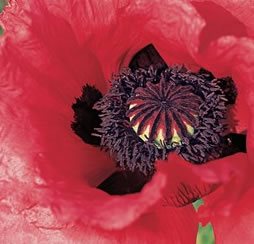 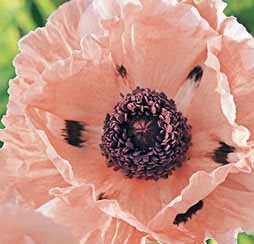 Large, ruffled flowers of white and blush pink open to 6 inches across on 24- to 30-inch stems. Blooms from the middle to the end of the poppy season. 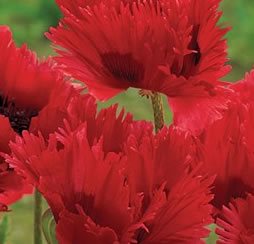 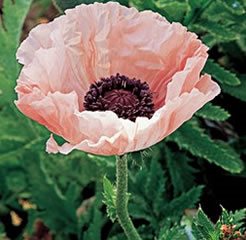 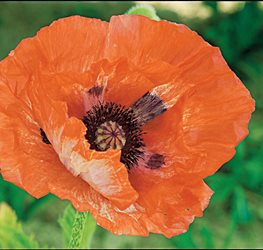 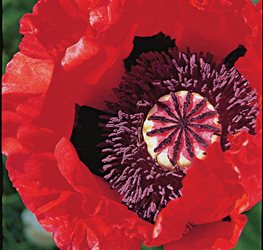 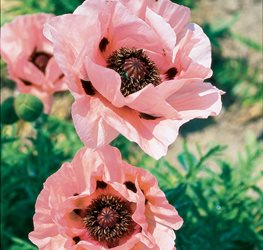 Small, graceful, single, pale-pink flowers flutter on 3-foot stems, ushering in the Oriental poppy season. Hybridized in 1924 by Martin Viette, who started Viette Farm and Nursery in Fishersville, Virginia, now owned by his son André and grandson Mark, where all of the poppies on this page were photographed.

Exposure: Full sun is best to enjoy abundant flowers and healthy foliage, but they will tolerate an hour or two of shade if their other cultural conditions are met. High shade from trees can help them tolerate the heat of Zone 8. Too much shade anywhere, though, will encourage the flower stems to flop around and the plants to grow poorly.

Soil: Well-drained, deep, reasonably fertile soil containing some organic matter (the gardener’s holy grail called “loam”) produces excellent results, but soils just on the clayey or sandy side also suit them well. Make sure water doesn’t stand in winter or summer, which will lead to root rot and eventually kill the plant.

Care: Oriental poppies can be tough as nails and persist for years or be finicky and challenging to grow well. Plant them in mid to late summer when dormant or when just beginning to produce leaves in fall, but do this carefully—their brittle roots resent disturbance. If possible, transplant them from containers while still in bloom to make sure you’re happy with the color. To deal with the poppies’ habit of dying down in summer, gardeners have come up with some creative planting combinations, with baby’s breath often recommended as a companion to disguise the dying foliage and cover the bare spots. However, many other perennials as well as sub-woody shrubs and annuals will fill the bill. The humdrum option of covering bare spots with mulch does mark and shade their resting places.