It's the golden age for lilies, of the genus Lilium, with thousands of lily varieties. A short history of lily hybridization and why it's heating up now, more than ever. By Leah Eskin

The lily demands attention. Tall, striking, and heavily perfumed, she's accustomed to praise. Her signature style is captured in the fleur-de-lis. Her effortless grace is celebrated in poetry. The lily rules.

For me, the name always brought to mind the elegant calla lily, the dainty lily-of-the-valley, the frog-spotted lily pad. None of which are true lilies. Once I fixed on the genus Lilium, with its six symmetrical tepals and its intoxicating scent, I understood the flower's allure. 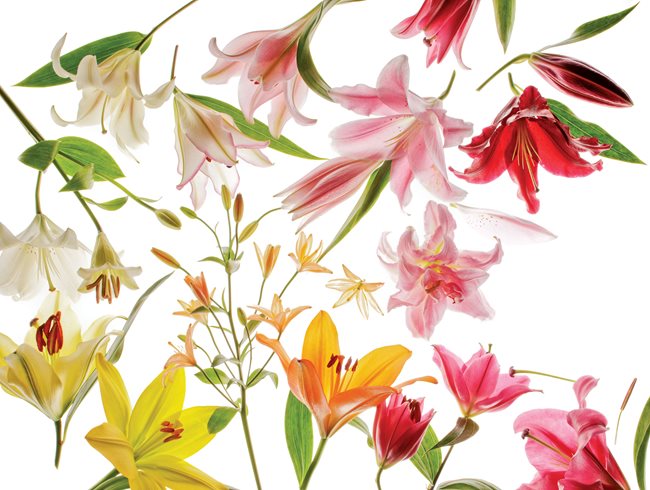 The lily first took root in the Himalayas. It adapted to habitats across Asia and Europe, diversifying into some 110 native species, from the dainty downward-gazing Turk's cap Lily, with its tightly curved petals, to the wide gold band Lily (originating in Japan), with its heady vanilla scent. “All one hundred lilies are beautiful in their own right,” enthuses botanist Robert Griesbach, of Delavan, Wisconsin. “In a sense what we've been doing is gilding the lily.” 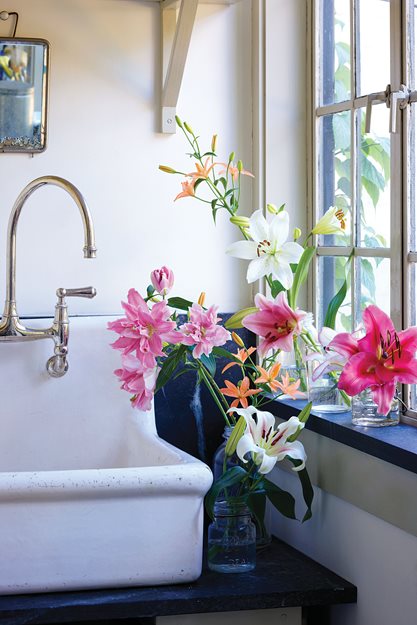 Since the 1940s, American growers have been playing lily Cupid, brushing pollen from one “brawny” onto the stigma of another “charming” lily. This painstaking work eventually produced the nine broad lily categories known to the armchair gardener, including fragrant Orientals, sturdy Asiatics, and traditional Easter lily Longiflorums. “Starting with the potential,” says Griesbach, “one can rearrange the material so as to produce something new.” Like the lily known as ‘Enchantment,’ bright orange and speckled, achieved by Jan de Graaff in 1941. Or ‘Black Beauty,’ deep maroon and hearty, developed by Leslie Woodriff in 1957. Or ‘Silk Road,’ huge and sweet, produced in the mid '80s by Judith Freeman of The Lily Garden in Vancouver, Washington. Lily Hall of Famers, all.

Some lily artists seek pure color, others design splatters, splotches, and speckles with Jackson Pollack-like abandon. “It's like hemlines,” says Dianna Gibson of B&D Lilies in Port Townsend, Washington. “Something is fashionable. Then everybody says, ‘Oh, I don't want that anymore.’” Nowadays there are thousands of lily varieties, and science strides a brave new world as advanced hybridization techniques make once impossible crosses (like Longiflorums with Orientals) possible. “It's the new golden age for lilies,” says Dutch lily consultant Miek Stap. “There's so much new coming up.” 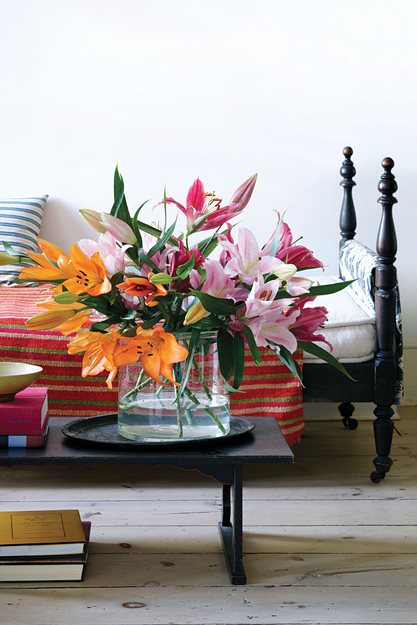 The eye-popping results were on view at Lilytopia, an 11-day show featuring some 13,000 Dutch lily stems at Longwood Gardens in Pennsylvania last May. There are strong stalks that don't require staking, pollenless varieties that won't smudge the tablecloth, low-fragrance flowers that are easy on the sinuses. There are buds colored deep magenta on the outside, and even bell-shaped blooms.

This revolution benefits not just bouquet, but flower bed. Lily bulbs, which should be planted in the spring or fall in a spot with well-drained soil and good sun (though some varietals thrive in partial shade), start to bloom in early June and keep the garden bright through late August. The “show,” as the experts say, moves from bottom to top, opening like slow-motion fireworks, and a single stem of blooms can last two full weeks. At the end of the season, the plant dies back clean, leaving little foliage to clear. There's no need to dig up the bulb; the lily returns-and even spreads its exotic beauty-year after year. 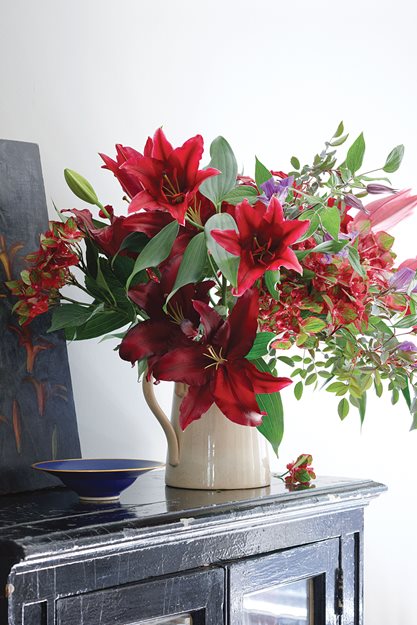 Also in the arrangement are hydrangeas Hydrangea macrophylla 'Horwack,' Next Generation Pistachio Hydrangea, clematis, and the foliage of rosa glauca. (Photo by: Dana Gallagher)