Our basic guide to growing moss, with photos of four of our favorite varieties. By Deb Schwartz 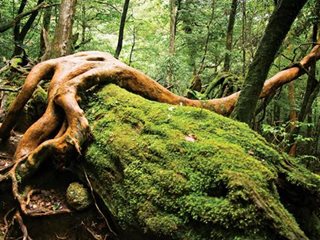 Anyone who has happened upon a velveteened log in the woods or glimpsed emerald-draped statuary is likely to be seduced by moss’ color-saturated sumptuousness. But it is essential for those hoping to lay a carpet in their own backyards or coax the spread of an existing patch to understand the quirks of this ancient plant.

Like many 400-million-year-olds, moss is particular about its environment. Shade or semi-shade is usually a necessity. So are a consistent source of ambient moisture and vigilant maintenance to keep it free of weeds and debris (because mosses are nonvascular-no roots-they rely on their leaves for transportation of nutrients and moisture). Experts suggest setting down netting on top of moss in the fall and regularly emptying it of fallen leaves.

Even so, “a moss lawn requires far less maintenance than grass,” says Andy Navage, director of horticulture at the Bloedel Reserve on Bainbridge Island in Washington. It’s not bothered by compacted soil, doesn’t require pesticides, and is remarkably resilient when it comes to drought and cold, going dormant when conditions are less favorable, and rehydrating when things improve. “With a grass lawn you’re looking at mowing once or twice a week,” Navage says. “But with a firmly established moss garden, you really only have to keep the majority of the leaves off and make sure weeds don’t encroach.” 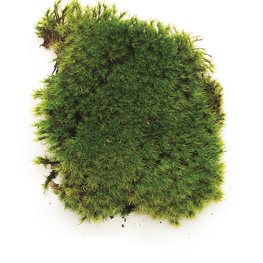 Rock cap moss (Dicranum) will prosper in deep shade. Transplant it when leaves are already on the trees, as sun can quickly inflict harm. This plant will grow on top of rocks and boulders. Adopt it as a ground cover instead of grass for shady areas. 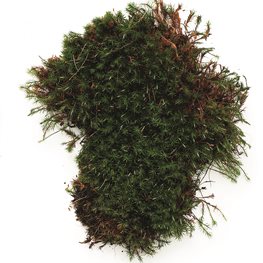 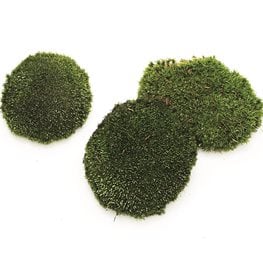 Cushion moss (Leucobryum glaucum) favors shade but can tolerate partial sun. Grow it in sandy rather than dense soils. The plant grows in clumps and appears a light green with a silvery white cast. 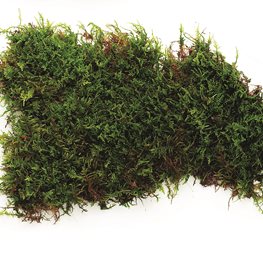 Sheet moss (Hypnum), one of the most common types of moss, thrives in deep shade and has a great transplant success rate. Its dense green mats can handle light foot traffic. Use it between stepping stones or, because of its low growth habit, as a ground cover to highlight other low-ranging plants.

Grass can be tough to keep at bay, says moss ecologist Dr. Robin Kimmerer, author of Gathering Moss (Oregon State University Press; 2003). “Unless the conditions are sufficiently moist and shady, in a competitive situation between grass and moss, the grass is generally going to win.”

Moss gardens can be established in three ways:

Though moss coveters have been known to irresponsibly harvest or pull up patches willy-nilly, says Nancy Church, a partner at Moss Acres, one of the nation’s few suppliers of live moss, such practices invite invasive species and could render a particular species extinct in a given area.

Whichever method you choose, you can count on one thing: waiting. “The most important things to understand are the need for an established moisture cycle…and patience,” says Church.

Read about the moss in Japan's gardens in A World Apart and learn more about cultivating moss in A Moss Milkshake.

Looking for a rare plant? Try one of these mail-order nurseries.