An expensive spice with a long history of famous anointments and international trade, saffron is actually nothing more than the dried stigmas of a crocus flower. By Anna Laurent

It has perfumed the palaces of ancient Crete, colored the robes of Tibetan monks, and softened the baths of Alexander the Great. It's the essence of legends, yet its own story is fairly simple: saffron is nothing more than the dried stigmas of a crocus flower. And it's not exclusive to exotic Persian soils—there's a good chance that it would flourish in your garden. 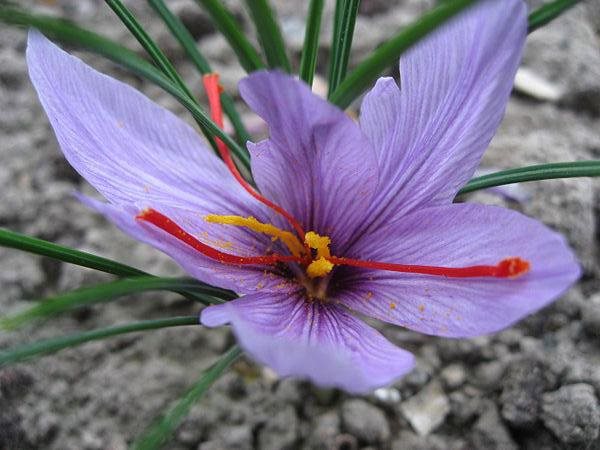 Harvesting saffron is tedious and laborious, hence a price that rivals gold. Each saffron crocus (Crocus sativus) yields three bright red stigmas, which are hand removed in a fleeting autumn harvest—flowers must be picked the day they bloom, then quickly dissected.

The extracted stigmas—once plucked, these strands are called saffron threads—are spread to dry, weighed and packaged. Formerly the reproductive organ of a small crocus, the saffron threads are now sold as a precious commodity. 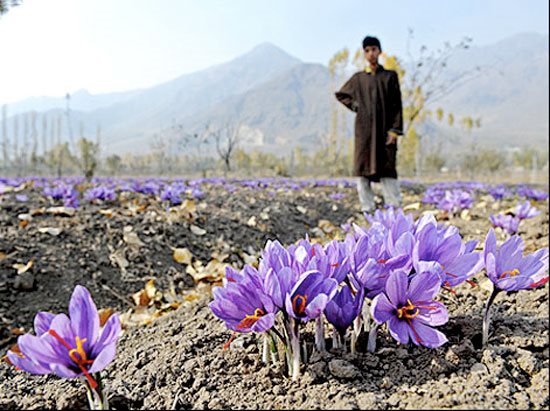 A Kashmiri farmer in a saffron field in Pampore, India. Photo by: hindustanitimes.com.

When at the market, beware prices that seem too good to be true. Other ingredients, like safflower or crocus styles, are sometimes added to the pure saffron stigmas. This isn't new—saffron has been diluted for as long as it has been coveted; in the Middle Ages, unscrupulous saffron merchants were even burned alive. 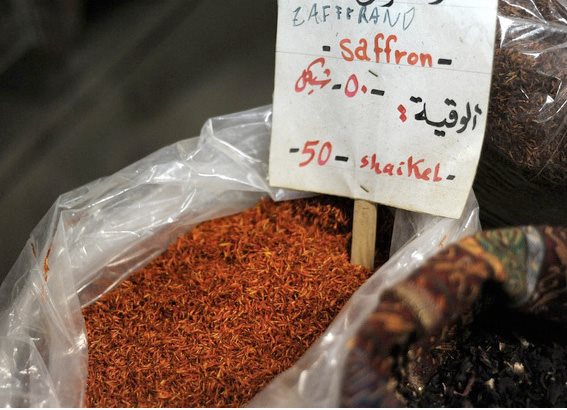 Saffron at a spice shop in the old city of Nablus, West Bank. These dried red stigmas of Crocus sativus can be crushed or used as threads. Photo by: Flickr user Guillaume Paumier.

Today, saffron is cultivated primarily in east Asia and parts of the Mediterranean (Iran produces 90% of the world's saffron, and the EU has made efforts to convince Afghan farmers to replace opium crops with Crocus sativus). But, according to growers, the saffron crocus is fairly adaptable—it will bloom in many climates with wet springs and hot dry summers, including Britain and the United States (a Pennsylvania gardener talks about her success growing Crocus sativus here).