Liven up your garden and taste palette with these tried-and-true favorites By Janet Loughrey, Garden Writer & Photographer

Many herbs are easy to grow even if you don’t have a dedicated garden space. With the convenience of growing herbs at home, you can harvest them whenever you want. A quick pinch of fresh basil or mint will jazz up the flavor of soups, stews, salads, and drinks. Even if you live in an apartment or condo, a container on a balcony or a small planter box in a sunny kitchen window are all you need to start your own herb garden. Here are 15 easy-to-grow herbs to get you started:

Also see: How to Start an Herb Garden 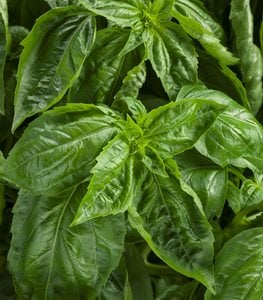 A universal favorite, basil is widely used in Italian and other ethnic cuisines. Grown as an annual in most regions, this heat lover comes in many different varieties, from sweet large leaf to spicy Thai. Basil has a host of health and nutritional benefits as an important source of vitamins, minerals, and antioxidants. Find out more on how to grow basil. 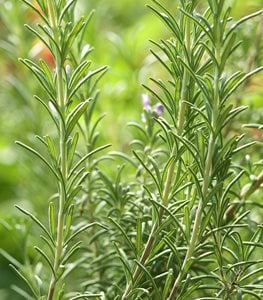 This woody perennial has a woodsy pine-like scent, with a robust flavor described as a cross between sage and lavender. Use to flavor poultry, meats, stews, and casseroles. This tender perennial is grown as an annual in colder zones. Small plants can be brought indoors for the winter. 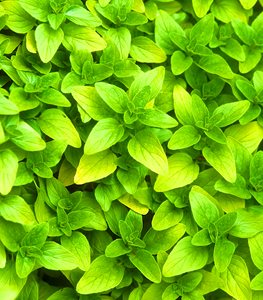 Related to mint, oregano is a staple in Italian and Mexican cuisines. The robust spicy flavor can be used to season poultry, beans, spaghetti, and pizza. This easy-to-grow perennial is hardy in most zones and can be grown indoors or outside. 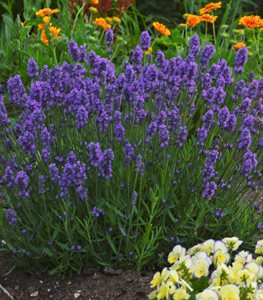 This popular Mediterranean perennial is known for its calming floral scent and therapeutic properties. Flower buds can be used in recipes and drinks, or preserved in a variety of ways, as essential oils, bath salts, sachets, and potpourris. Though lavender does best outside in hot dry conditions, it can also be grown in a sunny spot indoors from seeds or small starter plants. Find out more on how to grow lavender. 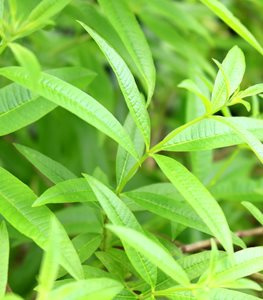 Lemon verbena has a high concentration of oils, with the intense citrusy aroma released by brushing against the foliage. Leaves make a refreshing addition to fish and poultry dishes, salad dressing, jam, and beverages. It has a host of health benefits and is also used in potpourri or cleaners. This tender perennial can be grown in a container in colder regions and brought indoors for the winter. 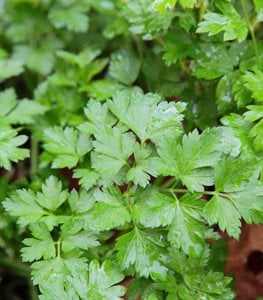 One of the most common and easiest herbs to grow, the mildly bitter taste of parsley is used to liven up soups, stews, and salads, and is a common ingredient in Middle Eastern cuisine. It aids in digestion and is a good source of Vitamin A and C. Parsley is a tender biennial that is grown as an annual in most regions from seed or starts, and can also be cultivated indoors. 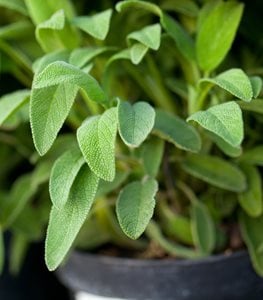 The sharp piney flavor of culinary sage is best when combined with other strong-tasting herbs such as rosemary, thyme, and bay leaf. Use to season meats, sauces, root vegetables, and winter stews. This hardy subshrub thrives on neglect and it best grown outdoors, but can also be cultivated indoors from seed or starts on a sunny windowsill. 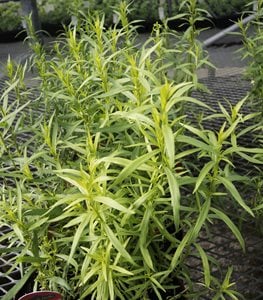 A favorite of gourmet chefs, French tarragon is a classic ingredient of Béarnaise sauce and chicken salad. The peppery licorice flavor also works well in soups, eggs, and seafood dishes. This fast-growing herb, which is cultivated from divisions or starts, is best grown outdoors in a sunny, well-draining site. 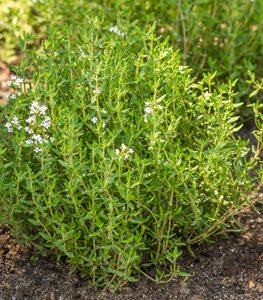 A common ingredient in European, African, and Latin cuisines, the robust earthy flavor of thyme is used to season savory dishes such as braised meats, roasted vegetables, stews, and soups. It can also be added to marinades, teas, and cocktails. Flavors include citrusy lemon and caraway. This carefree perennial can be grown outdoors or inside from seed or starts. 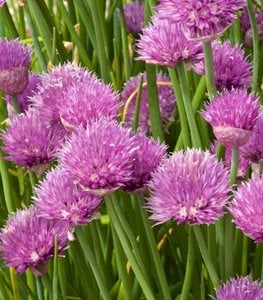 A good substitute for onions, this member of the garlic family has a mild flavor that mellows with cooking. The grass-like foliage can be finely chopped and used to season eggs, fish, potatoes, and soups. Ornamental globe-shaped flowers are edible, with the diminutive plant size suitable for containers and small spaces. 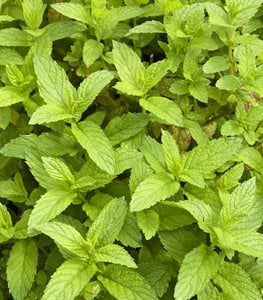 The clean bright taste of mint adds depth to Mediterranean and Asian cuisines. There are many different flavors, including peppermint, spearmint, pineapple, and chocolate. The pungent leaves have a host of health benefits, including as a digestive aid. Use to flavor tea, yogurt, salads, and main dishes. Because mint is a vigorous spreader, it is best grown in a container. 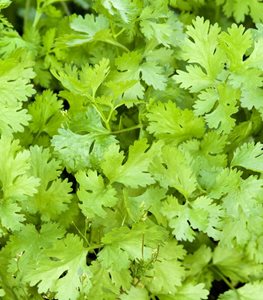 With a taste reminiscent of parsley and citrus, this pungent herb is a popular ingredient in Mexican, Indian, and Asian cuisines. It contains a chemical compound that can cause the taste to be unpleasantly soap-like for some people. The leaves are used to season tacos, guacamole, stir fries, and curries, while the plant and seeds are known as coriander. Grown primarily from seed, this fast-growing annual can be sown every 2-3 weeks for successive harvests. 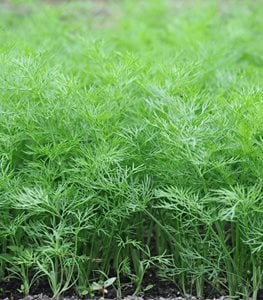 Most commonly used in preserving pickles, the sharp anise taste of dill also enhances the flavor of lamb, fish, salads, and vegetables. Medicinal benefits include as a digestive aid and to reduce swelling and cramps. Grown primarily from seed, the flowers of this easy self-sowing annual attract beneficial insect pollinators. 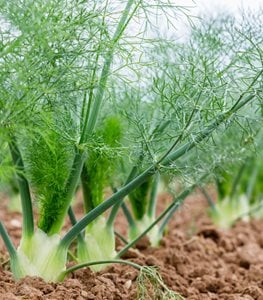 This savory-sweet herb with a mild licorice flavor is especially versatile, as all parts of the plant including the seeds, stalks, bulbs, and delicate fronds are edible. Use to season soups, stews, seafood, meats, and salads. There are two primary types of fennel, one grown for the bulbs and the other for the foliage. They are grown either from seed or starts and do best in a sunny site. 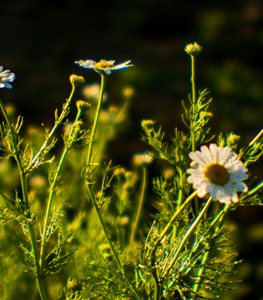 Best known for its calming effect and other health benefits, chamomile is a versatile herb that is most often consumed in tea, but is also used in soaps, salves, and essential oils. It grows as an annual in most regions, self-sowing readily from seed. The small white daisy-like flowers and ferny foliage make an attractive addition to any kitchen garden or cottage-style border.