A Passion for Pelargoniums

These six unique varieties of pelargoniums are quite rare and mysterious—and worth tracking down. By Susan Heeger

To lose your heart to pelargoniums, you must first know they’re not geraniums (the two are often confused). Nor are all of them splashy, red hybrids—those common pelargoniums can be found in countless backyards. No, the path to obsession is to know that some examples of this plant—like the ones on this page—are quite rare and mysterious. With thick, rough roots and knobby stems that sprout fine leaves and small blooms worth studying up close, some pelargoniums can look like Japanese bonsais or desert shrubs. Mostly native to South Africa, “pellies” are exquisitely attuned to the demands of their former home. 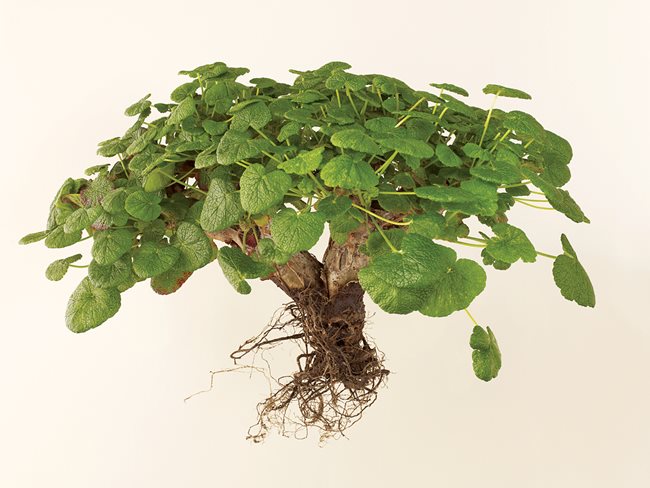 (Click on each plant name for buying information.)
Left: P. cotyledonis
Because of roaming goats, this species is endangered on its native St. Helena, an island off the coast of West Africa. Resembling a Lilliputian tree with heart-shape leaves, it blooms white from spring into summer and appreciates a bit of summer shade. Photo by: Marion Brenner.

Pelargonium caffrum, which hails from the coastal hills of the Eastern Cape, develops extra-long flower stems that push through the grasses. Meanwhile, P. crithmifolium wraps a veil around itself after blooming to discourage browsing animals. Others have night-scented flowers that beckon nocturnal pollinators or ample blue-gray leaves that ward off salty sea spray. Ranging from a few inches to several feet wide and tall, some scramble like vines or grow trunks like little trees. Their leaves might be narrow, heart- or palm-shape, densely fuzzy, or sleekly smooth; their flowers (some fringed exotically) come in a spectrum of whites, reds, yellow-greens, and almost-blacks. Most have odd, fleshy roots, which sustain the plants through dormant seasons. 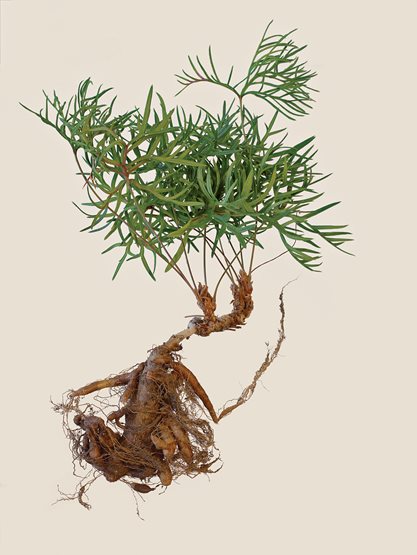 Robin Parer has been growing pelargoniums—along with geraniums and erodiums—for more than 35 years. Parer, a native Australian, fell for the entire Geraniaceae family in her youth, beginning with collectible, scented-leaf pelargoniums and moving on to grow and sell more than 900 varieties through her aptly named nursery, Geraniaceae, in Marin County, California. Parer traveled to South Africa to track down her favorites in their natural habitats, from the vinelike P. gibbosum along the country’s rocky Western Cape to the long-living P. schizopetalum, which she found in the haunting Drakensberg mountains. 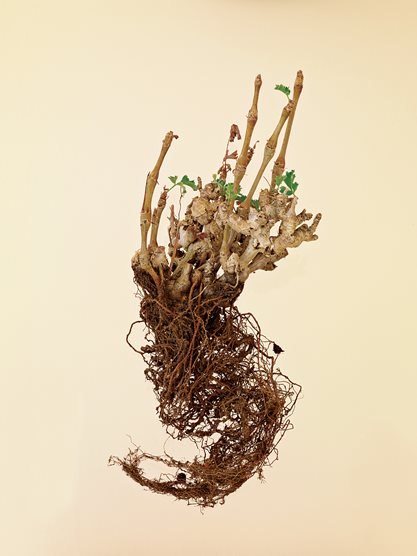 Left: P. gibbosum
This is a coastal species and vinelike scrambler with long, semi-succulent leaves and stems that grow woody with age and flower yellow-green in winter. Parer describes its night-fragrant blooms as “strange and sweet, vanilla- and clove-scented with a feral note.” Photo by: Marion Brenner.

Parer tells her clients that once you know a pellie’s origins and habits—whether it naturally thrives on fog-bound bluffs or blooms in winter, for instance—they’re not difficult to please. To that she adds a few key rules: Don’t water pellies when they’re dormant. Given their origins, pellies can’t tolerate heavy soil or freezing temperatures, which, in most parts of the United States, means growing them in containers and whisking them indoors for the winter. In milder regions (USDA Zones 9 and 10), one can plant them in garden beds with very good drainage, making sure they have some shelter from the hottest summer sun. 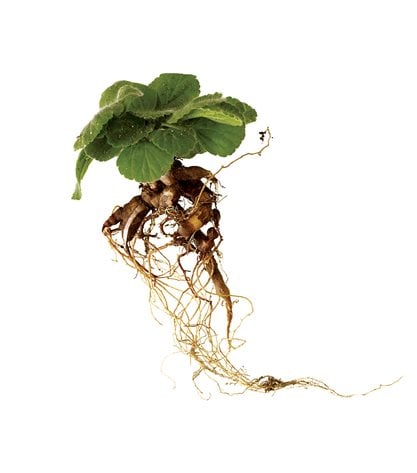 Left: P. curviandrum
Not often grown because of its long summer dormancy, this species thrives in mountainous scrubland on South Africa’s very dry Southern Cape. A rosette of hairy leaves sprouts from its underground tuber in spring, followed by tiny white-and-burgundy flowers. Photo by: Marion Brenner.

The rewards of cultivating pellies, says Parer, far outweigh the demands. As the plants cycle through the year, they dramatize “the subtle intricacies of nature.” The greatest challenge might be laying hands on these collectors’ gems, which, admittedly, is part of their charm. “You have to really look,” Parer says. “It’s like a treasure hunt!”, 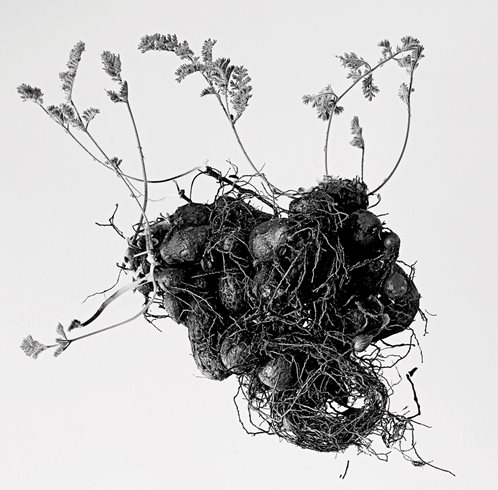 Left: P. triste
The first pelargonium introduced to England in the 17th century, this species has been cultivated for 400 years. Bonsai enthusiasts grow it high in the pot, exposing its knobbed tuber, which the plant doesn’t mind. It has night-scented winter blossoms, and its leaf color and form varies. Photo by: Marion Brenner. 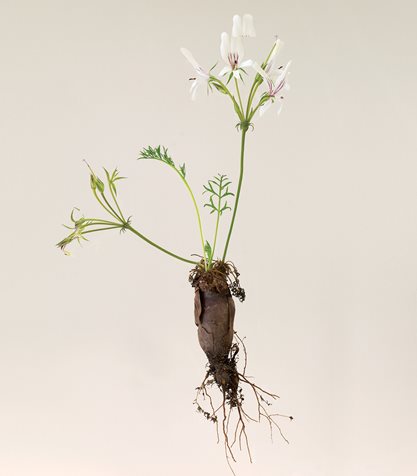 Left: P. carneum
The rare species produces large (1.5-inch), unscented autumn flowers after its leaves drop. Hard to propagate, it hails from rocky crevices and scrub in the limestone hills of South Africa’s Southern Cape. In a pot, it grows a mere 5 inches wide and 8 to 10 inches tall from a turnip-shape tuber. Photo by: Marion Brenner.

How to Grow and Care for Pelargoniums 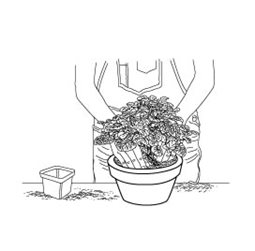 1. PottingStart by repotting plants in larger containers (first in 4-inch containers, eventually moving up to one gallon as they grow) full of a fast-draining cactus-and-succulent mix with a bit of organic loam. Skip fertilizer. Shade outdoor spring and summer bloomers from heat but provide at least four hours of daily sun. Protect summer-dormant plants from summer rain. 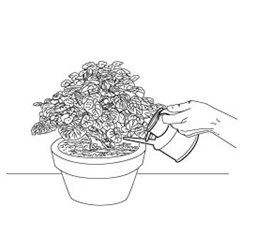 2. WaterGive plants water when their soil feels dry 2 inches down. As the weather cools, stop watering winter-dormant plants, and start watering winter growers. Bring them all indoors to protect them from temperatures below 28 degrees and from winter rain. Set winter growers in sunny windows (or put them under grow lights), and water only when dry. 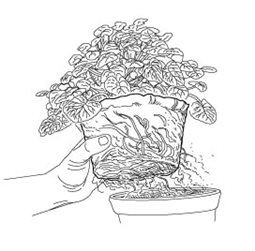 3. MaintenanceOnce a year, as plants emerge from dormancy, move them to larger pots if the roots seem crowded and replace the worn-out soil. Pests and diseases aren’t often a problem, and you don’t need to deadhead or cut back plants after blooming.