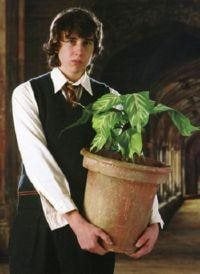 We would bet that most Harry Potter fans at the series finale, which hit theaters on Friday, will be rooting primarily for its endearingly bespectacled protagonist, who battles his nemesis Lord Voldemort in a CGA-filled, action-packed showdown. Here at GARDEN DESIGN, however, our attention is on Potter's Herbology-loving, second-string sidekick Neville Longbottom. As the only truly plant-loving member of the crew, Neville's rise from a chubby-cheeked boy that couldn't cast a summoning spell for his life to the courageous wizard (played by the now-dashing Matthew Lewis) and fierce defender of his friends and school in the Battle of Hogwarts touches our hearts in a special way. To pay tribute to him and his best academic subject, Herbology, we have compiled a list of some of the most unusual wizard plants in J.K. Rowling's epic. 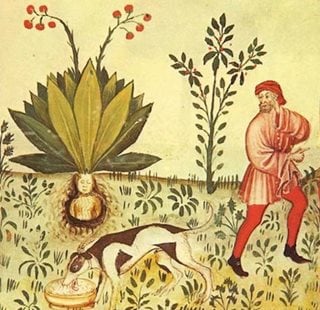 In Harry Potter and the Chamber of Secrets, Neville and his classmates' introduction to Herbology begins with a class about how to care for mandrakes, the professor first demonstrating how to unearth the strange plant-animals for repotting. Here we get a description of the grotesque plant: "Instead of roots, a small, muddy, and extremely ugly baby popped out of the earth. The leaves were growing right out of his head." Professor Sprout adds to the group of intimidated students that the plant babies emit screams that are piercing enough to knock out wizards for hours.

Even though in real life mandrakes are not animals, but fully botanical members of the nightshade family Solanaceae, J.K. Rowling didn't completely invent the idea of a mandrake baby. As Ed Valauskas, curator of the rare books collection at Chicago Botanical Garden's Lenhardt Library, pointed out in his lecture on plants featured in the Harry Potter series, zoophytes, or plants that double as animals, were prevalent in Renaissance botanical lore. He pointed out some examples of zoophytes in a book by 16th-century French botanist Claude Duret entitled Histoire Admirable des Plants, the most unusual of which is probably the vegetable lamb of tartary, a bush that grows a ferocious lamb as its fruit. According to Valauskas, mandrakes were thought of and documented as having a human form-both male and female-since ancient times. 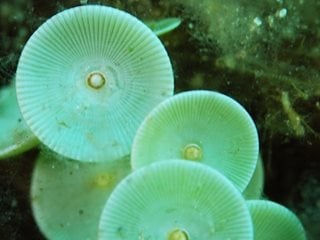 In Harry Potter and the Goblet of Fire, Harry eats a plant that looks like "slimy, grayish-green rat tails," which allows him to breathe underwater and communicate with mermen for the second task of the Triwizard Tournament. We don't know what plant inspired the fictional gillyweed, but it seems that J.K. Rowling based it on a type of seaweed, probably imagining a kind of magical transference of properties. In other words, Harry needed to ingest something that could "breathe" underwater, like seaweed, in order be able to do the same himself. 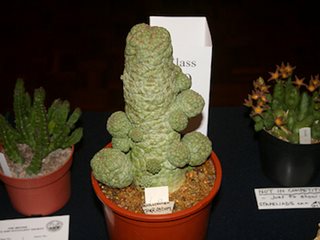 Larryleachia perlatum could easily be a stunt double for Neville's Mimbulus mimbletonia. Photo by: Blossfeldiana/Flickr.

On the Hogwarts Express in Harry Potter and the Order of the Phoenix, Neville solidifies his botany-nerd status by showing his classmates a gift that he got from his great uncle for his 15th birthday-a plant that looks like a cactus but is covered in boils instead of spines. "It was pulsating slightly, giving it the rather sinister look of some diseased internal organ," describes the narrator, seeing the plant through Harry Potter's eyes. As Neville later demonstrates, the plant spurts out a thick, pungent liquid called Stinksap out of its boils when provoked with magic. Like with the gillyweed, we have no idea what real plant J.K. Rowling based the Mimbulus mimbletonia on, but this weird-looking Larryleachia perlatum seems to fit the bill. 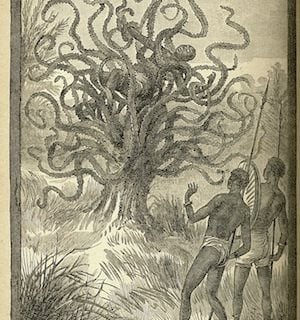 At the end of Harry Potter and the Sorcerer's Stone, Hermione saves Ron and Harry by defeating a dark and dampness-loving plant whose long tendrils wrap around its prey, choking it to death with a burst of "bluebell" flames from her wand. Always the straight-A student, Hermione remembered the way to combat the plant from a previous Herbology lesson.

Carnivorous trees have popped up now and again in various superstitious texts, including one outrageous tall tale invented by a 19th-century German explorer named Carl Liche who claimed to have seen an eight-foot-tall plant with long hairy tendrils pick up a woman-supposedly belonging to what was later deemed a fictional Malagasy tribe-and devour her whole. Liche's story, which was written up as a non-fiction travel account in the South Australian Register, was later found to be completely false.

Possibly the one plant uglier than Neville's Mimbulus mimbletonia, bubotubers play a substantial comedic role in Harry Potter and the Goblet of Fire. They are introduced in the beginning of the book as creatures that "look less like plants than thick, black, giant slugs…Each was squirming slightly and had a number of large, shiny swellings upon it, which appeared to be full of liquid." Later, we learn that Professor Sprout harvests the plant's puss to treat acne. But an accident that affects Hermione further on in the book shows that if the plant's untreated liquid comes into contact with skin, it will cause huge boils to erupt.

In dreaming up the fictional bubotubers, JK Rowling seemed to have taken a cue from the medieval herbalist philosophy, the "doctrine of signatures," which holds that plants that resemble certain body parts should be used in the treatment of ailments that pertain to those parts. Her invented species's primary characteristic, severe plant acne, resembles the condition it is supposed to cure. For more information on medieval plants and their uses, check out The Cloisters Museum & Gardens blog, The Medieval Garden Enclosed. 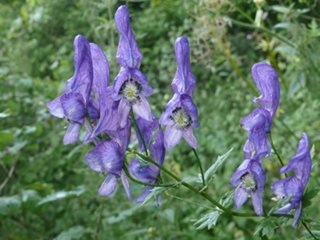 Wolfsbane is one of the primary ingredients in Wolfsbane Potion, a brew that Remus Lupin uses throughout the series to alleviate the symptoms of his werewolf transformation and retain control of his mental faculties. According to a Harry Potter-themed post on the website of Botanic Gardens Conservation International, wolfsbane is actually a real plant named Aconitum that was thought to be a defense against werewolves when mixed with honey and glass in the Middle Ages. Because of this prevailing Medieval supersition, people killed a large portion of Europe's wolves with the lethal mixture. In the same time period, witches mixed wolfsbane with bella donna or deadly nightshade (Atropa belladonna)-another poisonous plant that makes a few cameos in Professor Snape's potion class-to make a hallucinogen that would allow them to feel like they were flying.