Giving Thanks for Winter Squash

During a time when there wasn’t a Whole Foods or local farmers market to ensure your holiday meal, chance gardeners of the 17th century began to count on winter squash, the “vegetable marrow” of their time for their survival. By Maureen Gilmer

"Of the nearly 500 colonists living at Jamestown in the fall of 1609, only 60 remained by the spring of 1610. This period is remembered as "the starving time". The following year remaining colonists redoubled their efforts to grow enough food. They had only the seeds of English plants that were not well adapted to the heat of the Virginia summer. 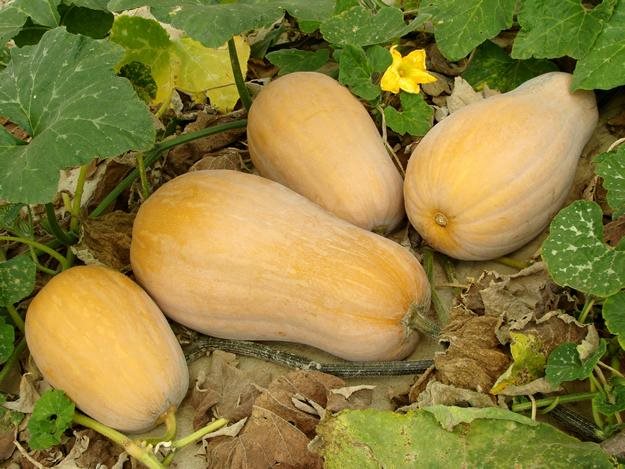 Tribes of New England were well entrenched in growing winter squash, which became known by the colonists as "vegetable marrow". The first Thanksgiving featured various hard shell squash and pumpkins grown by the Indians. The colonists quickly saw the wisdom in cultivating a plant that was native to the area yielding fruits that could be stored in a cellar for much of the winter.

The best way to get a real time feel for how the first colonists grew their own food is to visit Colonial Williamsburg. This living history museum at Williamsburg, Virginia shows visitors just how these gardens were set up to feed a family. This was done without garden centers and hardware stores, using only what they could find in their New World home. 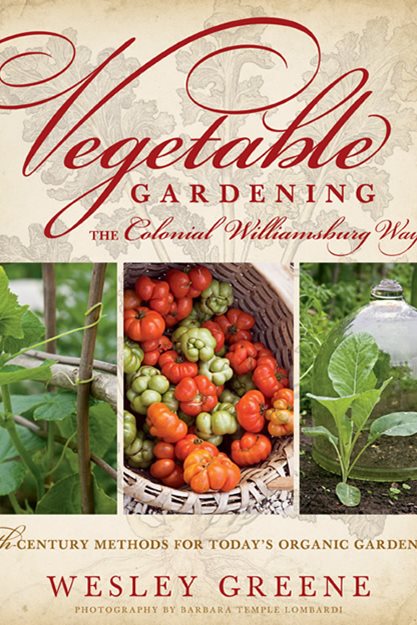 This book offers a glimpse of what it was like to garden on a colonial homestead and explains how we can employ some 18th-century practices in today's gardens.

Gardening in the 18th century has changed little from how we cultivate organic backyard vegetables today. A truly inspirational book lays it out for us from paling fences to crops and cloches. Vegetable Gardening: The Colonial Williamsburg Way (Amazon, $25), by Wesley Greene helps you get a real feel for what it was like to garden on a primitive homestead. The title page states "18th Century Methods for Today's Organic Gardeners" proves little has changed here except that we thankfully don't have to tote buckets of water to keep our plants alive. The natural simplicity of these early American gardens created with little more than natural soil, animal manures and plant materials reminds us we are a nation rooted in agriculture, blending the Old World plants with New World natives for the richest heritage on earth. 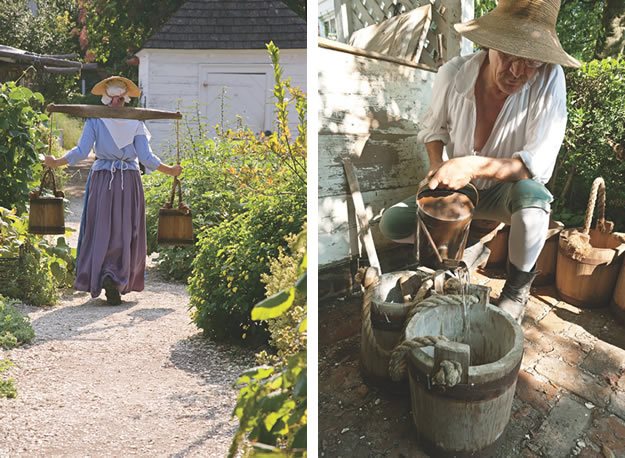 Images from the book show how gardens were watered by early settlers.