How to Get Rid of Powdery Mildew 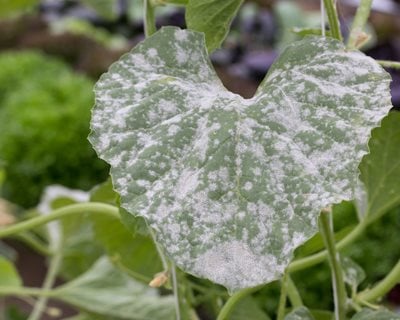 Powdery mildew is a common fungus that affects a wide variety of plants. It is easily identified and appears as light grey or white powdery spots usually found on infected leaves, but can also be found underneath, or on stems, flowers, fruit or vegetables. The spots spread and will eventually cover most of the leaves on the plant, with new plant growth being most susceptible.

Although rarely fatal, if left unchecked it can eventually cause serious harm to your plants by robbing it of water and nutrients. Most infections cause minor damage such as leaves turning yellow or becoming withered or distorted, but plants can also become weak, bloom less, and grow slower.

Here are some things you can do to control powdery mildew before it occurs:

Although most products on the market are targeted more toward the prevention of powdery mildew, there are many home remedies to treat an existing infection. Spray mixtures will only kill what they come in contact with, so be sure to coat all affected areas thoroughly. It may take multiple applications for complete treatment. Apply once a week for three to four weeks, then wait to see results. Reapply as needed. 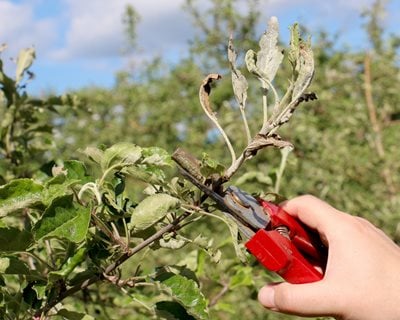 HOW DOES POWDERY MILDEW SPREAD?

Mildew spores are spread by the wind in warm, dry weather, but don’t spread well when conditions are rainy and cool. Powdery mildew strains are specialized to certain groups of plants and generally don’t spread to other plant families. Spores can survive over winter in leaf piles and on plants, so it’s important to discard and not compost any plant debris dropped from infected plants to prevent spreading or allow it to resurface the following spring.

Essentially, there aren’t any plants that are completely immune to some form of powdery mildew, including vegetables, roses, trees and shrubs.

There are some plants that are more susceptible to powdery mildew than others, such as:

If you have recurring problems with powdery mildew, look for varieties that are noted to have improved disease resistance — this should be noted on the plant tag.

How to treat powdery mildew on roses? Remove and discard any affected leaves, as well as any that have dropped to the ground, and treat the rest of the plant preventatively. If you see powdery mildew on buds, clip and discard them as well. Thoroughly clean and disinfect any cutting tools that were used in the process. Apply one of the treatments above, such as a fungicide, baking soda, potassium bicarbonate or milk mixture once a week for 3 to 4 weeks and wait to see the results. Prevent further outbreaks with regular applications every couple of weeks or follow directions on product labels. Ultimately, results will be much better if the infection is caught at the first signs and treated quickly.

Try these roses that boast increased resistance to powdery mildew:

What is the best treatment for powdery mildew on squash? The milk mixture mentioned above seems to have better results that the other methods. Again, the science behind why it works is still being discovered, but it does appear to not only prevent a powdery mildew infection, but also boost the plant’s immunity. 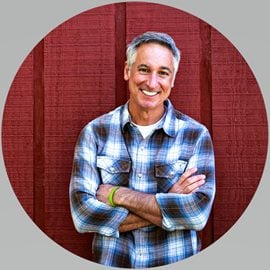