How to Get Rid of Fungus Gnats

Learn how to identify and eradicate these common houseplant pests. By Anne Balogh Published 9/15/2022 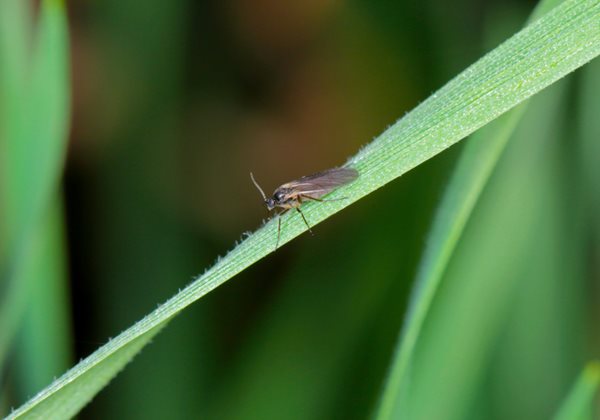 Are there swarms of tiny mosquito-like insects buzzing around your home that have more interest in your houseplants than landing on you? Chances are you have an infestation of fungus gnats, insects that are harmless to people but pose a threat to a wide variety of indoor plants. Once these pesky invaders make their way into your home, they can be tough to get under control. Here’s advice on preventing fungus gnats and getting rid of them for good.

WHAT ARE FUNGUS GNATS?

Fungus gnats (Bradysia species) are flying insects with long, slender legs, similar to mosquitoes, but their overall size is much smaller, so they are sometimes mistaken for fruit flies.

Unlike whiteflies and aphids, which feed on the sap in a plant’s leaves, fungus gnats are attracted to the soil your plant is growing in. The females commonly lay their eggs under the surface of the soil, and once the larvae emerge, they begin feasting on fungi and decaying organic material. They also like to snack on plant roots and root hairs, which can cause substantial damage to seedlings and young plants that don’t have fully developed root systems.

HOW TO GET RID OF FUNGUS GNATS ON PLANTS

Getting rid of fungus gnats is often a two-pronged approach. If you treat the soil to kill the larvae, it will have no effect on the adult gnats, allowing the females to continue to lay eggs. Since the larvae do most of the damage, you should target your efforts at eradicating them first. The adults are a bit harder to get under control because they can move from plant to plant.

There are a number of effective biological control agents you can use to eliminate fungus gnat larvae in the soil. One of the easiest to use is a product called Mosquito Bits. Essentially little corn cob granules coated with a biological insecticide called Bacillus thuringiensis israelensis (or Bti), the bits can be sprinkled on the soil surface or mixed with potting soil prior to planting to kill fungus gnat and other fly larvae. You can also soak them in water (4T Mosquito Bits to 1 gallon of water for 30 mins, then strain) and then apply the treated water to the soil. They do not have a long residual effect, so repeat applications are commonly needed for stubborn infestations.

Beneficial nematodes are another way to attack gnat larvae and can live longer in the soil. Look for a product containing Steinernema feltiae, a naturally occurring insect-parasitic nematode that actively searches for fungus gnat larvae and releases a bacterium that kills them.

For more information on biological controls for fungus gnats, see this guidance from the University of California Integrated Pest Management Program. 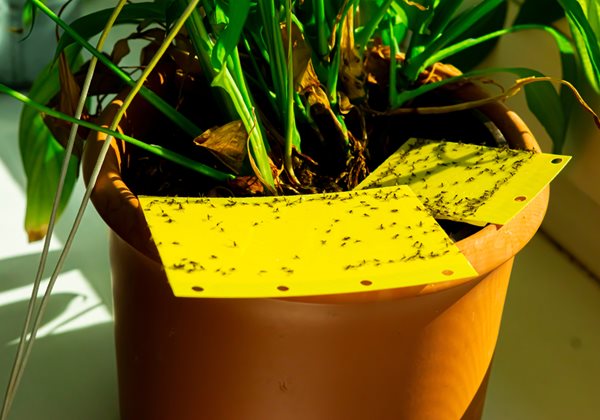 To reduce swarms of adult fungus gnats buzzing around your plants, an effective method is to use yellow sticky traps to attract and catch them. The gnats are drawn to the color yellow and get stuck on the trap after landing on its adhesive coating. When the trap is full, simply throw it away and replace it with another one. Not only is this an easy method of getting rid of adult fungus gnats, it’s also a good way to monitor for their presence. These pesticide-free traps will capture other flying plant pests as well, including whiteflies, thrips, and aphids.

If you’re an avid houseplant collector, it’s likely that you will have at least one encounter with fungus gnats. But there’s no need to panic. It’s pretty easy to prevent their spread and keep them from going after other plants in your home.

HOW TO RECOGNIZE THE PRESENCE OF FUNGUS GNATS 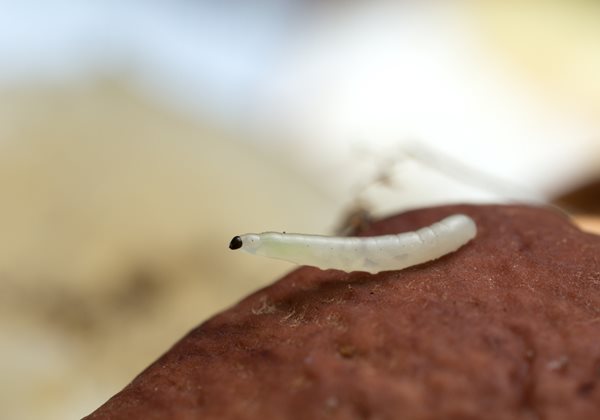 Fungus gnats don’t move around much and prefer to hang out on the foliage or soil surface of potted plants. Because they are so small, you often won’t notice them flitting about until you water your plant or disturb the leaves. They also are at­tracted to light, so you may see them flying near windows.

The larvae of fungus gnats are more difficult to spot with the naked eye. Often the first sign of these tiny, worm-like soil dwellers are slime trails on the soil surface, similar to those of snails and slugs. A simple way to confirm their presence is to insert thin slices of raw potato into the soil surface. Within a few days, the larvae will start feeding on the potato slices and you’ll be able to see them on the undersides when you remove the slices for inspection. You can identify the larvae by their shiny black heads and white, semi-translucent bodies.

HOW TO IDENTIFY FUNGUS GNAT DAMAGE

Houseplants growing in soil infested with fungus gnat larvae can exhibit a range of symptoms, from wilting or yellowing foliage to stunted growth. Because fungus gnats don’t feed directly on a plant’s leaves, these symptoms are sometimes attributed to other factors, such as over or underwatering, instead of root damage caused by undetected fungus gnat larvae. Both the larvae and adult fungus gnats can also spread plant pathogens that cause “damping off,” a soil-borne fungal disease that will quickly kill seedlings and fragile, young plants.

Any houseplant grown in moist, nutrient-rich soil is a potential target for fungus gnats because the soil provides an abundant food source. Plants grown commercially in greenhouses and nurseries are especially vulnerable, including African violets, geraniums, lilies, begonias, ferns, chrysanthemums, carnations, cyclamen, poinsettias, and many types of foliage plants. If you are growing seedlings indoors, they are also at risk of damage.

Although fungus gnat larvae can also feed on the roots of plants growing outdoors in containers or in the garden, they usually don’t cause serious damage because natural predators and seasonal weather changes keep them in check.

Adult fungus gnats are annoying but completely harmless to people and pets. Of greater concern are the larvae that feed on the roots of the plant and limit its ability to take in nutrients. In small numbers, fungus gnats do little damage to healthy houseplants with well-established, robust root systems.

What brings fungus gnats into the home?

There are a number of ways these unwanted guests can make their way into your home. The most common is by hitchhiking on new houseplants that you add to your collection or on plants you bring in from the outdoors. However, they can also be found in open bags of potting soil and may even fly into your home through open, unscreened doors and windows.

How long do fungus gnats live?

The whole life cycle of a fungus gnat (from egg to adult) takes about 3 to 4 weeks, with the adults living an average of a week. During that brief time, an adult female gnat can lay as many as 200 eggs, which is why a small infestation can get out of hand quickly.

Are fungus gnats a problem year-round?

Fungus gnats love warm indoor temperatures and will continue to breed for generations as long as they have a food source. Although they can be a problem any time of year, they tend to be more noticeable during late fall and winter. Factors contributing to this seasonal surge include infested houseplants brought indoors after spending the summer outside and overwatering, which is more common during the winter months when houseplant growth tends to slow down.

Are there good home remedies for preventing fungus gnats?

Some houseplant growers claim that methods such as watering plants with diluted hydrogen peroxide, sprinkling cinnamon on the soil surface, and creating traps using apple cider vinegar and dish soap are successful at eradicating fungus gnats and their larvae. However, the evidence that they work is primarily anecdotal. By far the easiest and best home remedy for ending your fungus gnat problem is to get rid of excess moisture and decaying matter in the soil of your houseplants. 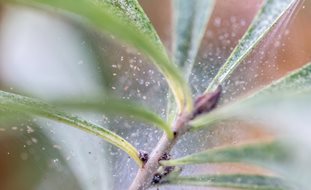 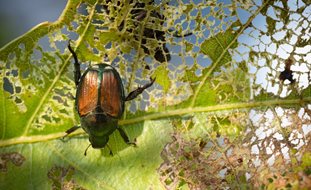 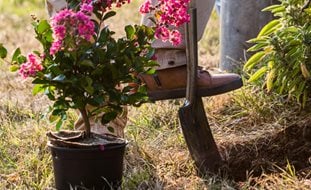