My Garden: A Bit of Japan in the Netherlands

Normally to travel from the Netherlands to Japan, you’d have to cover a distance of more than 5,700 miles. But for Netherlander Ramon Smit, a trip to Japan is as easy as stepping out into his own backyard. While the distance is short, it took Smit over eight years to complete his journey. 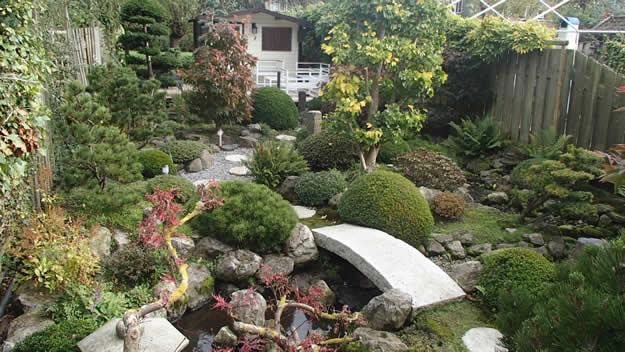 East meets west in this quaint Japanese-style garden located in the Netherland city of Gouda (yes, the same town famous for its cheese).

“We bought our 1920s red-brick home in Gouda because of the price and the size of the garden behind it. Even before we signed the contract, I already had in mind that it must be a Japanese-style garden,” says Smit. 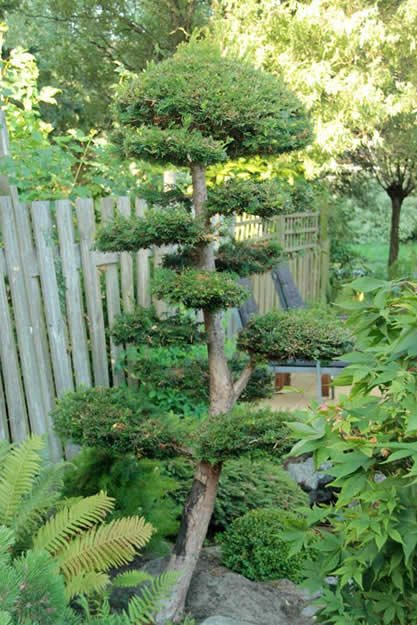 One of Smit’s favorite hobbies, and the inspiration behind his garden, is growing Bonsai trees. Here, he applies the art on a large scale.

Inspired by one of his other hobbies—growing Bonsai trees—Smit had the ultimate goal of creating a Japanese garden true to Japanese standards. He embarked on his ambitious project, working with a low budget, scant gardening experience, and a little help from his friends. 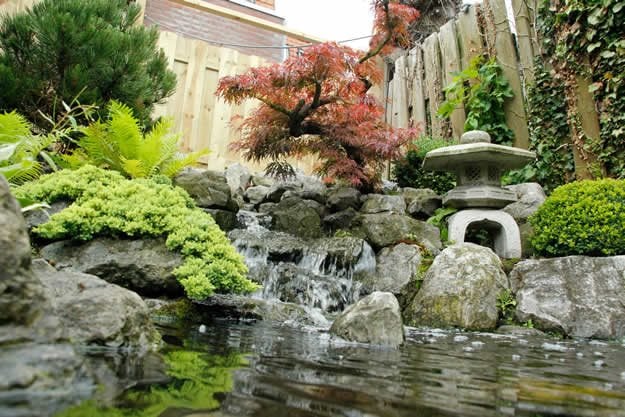 The size of the garden is about 215 square feet, with nearly every square inch covered by meandering stone pathways, Japanese-themed statuary, and nearly 20 different species of plants and trees. Over 10 tons of rock were used to carve out ponds, a stream, and small waterfalls. Smit hauled all the materials into the garden himself, by hand and wheelbarrow. 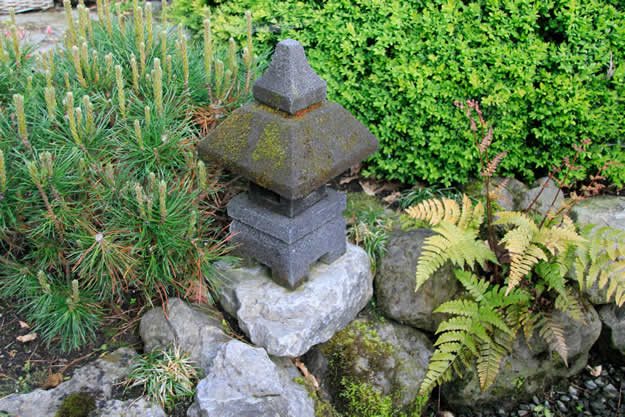 Plants that grow well in Gouda’s climate and befit a Japanese theme include yews, cedars, spruce trees, boxwoods, azaleas, ferns, and astilbes. Natural moss growth thrives in the shady areas of the garden, adding soft yin to the yang of the hard stone.

Because the weather in Gouda can be quite extreme, with below-zero temperatures and heavy snowfall in the winter and temperatures as high as 96 degrees in the summer, Smit was limited in the types of plants he could use. “Because of our climate, I did not use tropical or Mediterranean plants. I do have a 100-year-old olive tree in the small garden right beside the house, but it did not do well over the winter and lost a few branches,” he says.

Specimens he’s had great success with and that complement his Japanese theme include various types of yews, cedars, spruce trees, boxwoods, ginkgo trees, azaleas, ferns, astilbes, and Japanese maples. “I also had some hostas, but the snails got the better of them, so I got rid of those,” he says. 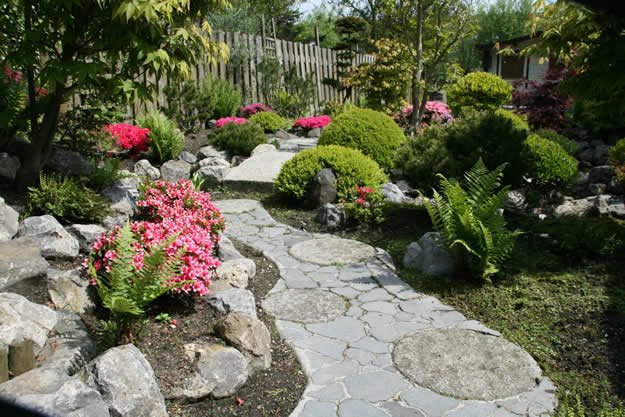 A pleasing combination of round granite stepping stones and desert black flagstones carve meandering pathways throughout the garden.

Smit acquired most of his unique Japanese lanterns locally at various garden centers and outdoor markets, using them as focal points throughout the garden. The granite bridge and stepping stones came from a natural-stone wholesale company. “For paving, I used granite stepping stones and desert black flagstones, selecting them for the color and shape. In Japanese gardens, straight lines combine with more natural forms for contrast,” he says.

Smit’s future plans include building a Japanese-style teahouse to replace his shed. “When the temperature is right, I can sit outside and eat, or simply enjoy seeing the garden mature with the years,” he says. 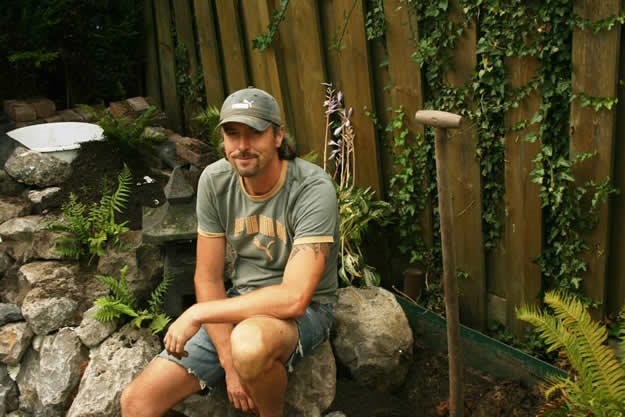