The Return of the Untermyer Gardens

In their prime, the gardens at turn-of-the-20th-century New York lawyer Samuel Untermyer’s estate, overlooking the Hudson River, employed more than 60 full-time gardeners, stretched over 150 acres, and had 60 greenhouses. Today, the property, scaled down to about 43 acres and owned by the surrounding city of Yonkers, has only one full-time gardener and a lofty goal: to restore the estate and the walled, Persian-style garden at its core after decades of overgrowth and decay. 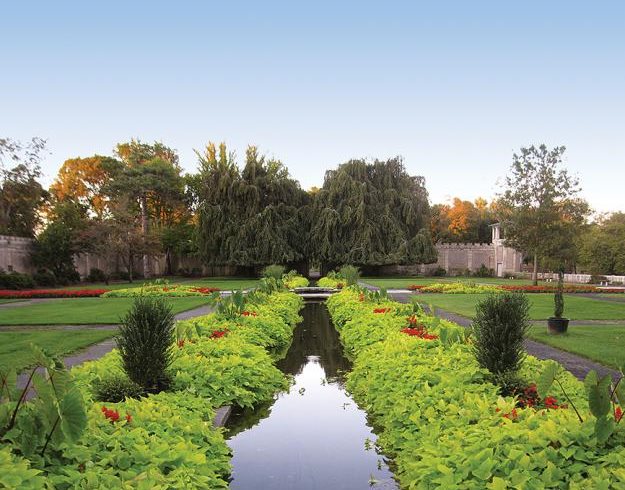 The Persian walled gardens contain water features signature to the style, including two channels that intersect at a central basin. The four water elements symbolize the four rivers of paradise. Photo by: Timothy Tilghman/Untermyer Gardens Conservancy.

Designed in 1912 by William Welles Bosworth, the Beaux Arts architect best known for his buildings at the Massachusetts Institute of Technology, the garden contains a pillared Temple of Love perched on a rocky outcropping and a loggia with views of the Hudson anchored by 2,000-year-old cipollino marble columns imported from Rome. The Persian garden, with its water features, Greek columns, and a temple bearing a mosaic of the Gorgon Medusa, is considered the greatest but least-known work of its kind in the Western Hemisphere. Architect Stephen Byrns had often visited the Untermyer estate, but one day in late 2010 he happened in when the fountains were flowing. “It was just unbelievable,” Byrns says. “It was like falling in love all over again.” Partnering with the Yonkers Parks Department, Byrns helped found the Untermyer Gardens Conservancy, a nonprofit dedicated to the restoration. Horticulturist Timothy Tilghman was hired to spearhead the enormous undertaking, a challenge, Tilghman says, “I feel privileged to accept.” So far, he has focused on the walled garden, replacing intruding plants with hundreds of shrubs, perennials, and annuals that could be found in the garden in its heyday in the 1930s. (He has some top-drawer help. Marco Polo Stufano, former director of horticulture at Wave Hill, a restored estate not far away in the Bronx, serves as a horticultural advisor for the Untermyer project.) 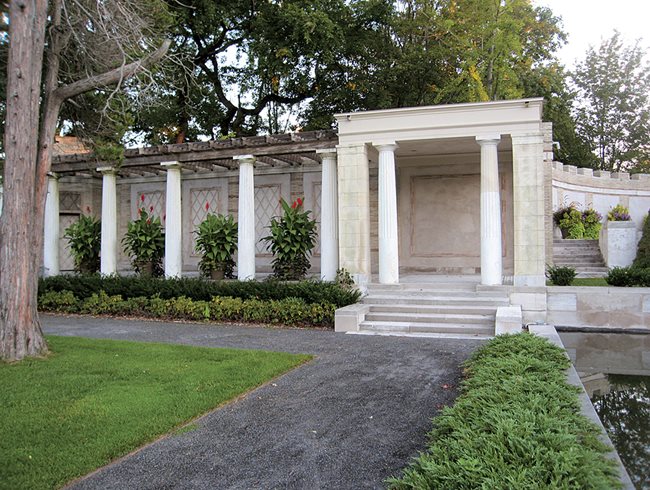 An architect and a horticulturist are working on clearing 70 years of brush and hoping to make the Untermyer Gardens one of the greatest public gardens in America. Photo by: Timothy Tilghman/Untermyer Gardens Conservancy.

Tilghman is constantly on the lookout for clues to the estate’s original shape. Among the hidden auxiliary gardens and fascinating architectural structures he unearthed are a living sundial made from plants and an overgrown rock garden. He also spends a lot of time on the prosaic work of clearing 70 years worth of brush, revealing the extensive paths that traverse the estate. “I call his work the labor of Hercules,” Byrns says. Meanwhile, Byrns and Tilghman continue to develop their vision for the garden’s future as a resource for the public. They won’t be satisfied simply to bring back a significant and unique American garden that has largely been forgotten. Says Byrns, “I want to make this one of the greatest public gardens in America.” 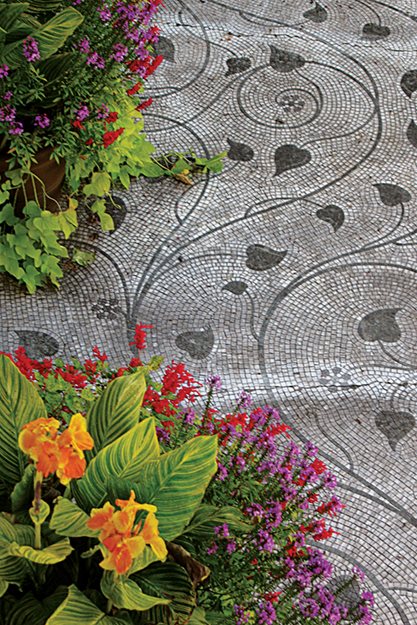 The grounds of the Untermyer Gardens in Yonkers, New York, are open from dawn to dusk every day (914/512-0436). Visit their website, untermyergardens.org for more information.