When hung over a threshold, a sprig of mistletoe is a matchmaker; in the wild, the plant is a parasite known as the "thief of trees." Thanks to a study in Australia, mistletoe has a new reputation: forest savior. Field research indicates it's actually a beneficial plant, critical to a healthy ecosystem. 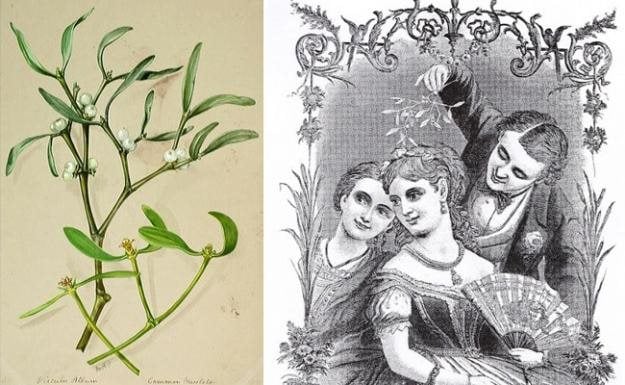 In case you haven't heard, mistletoe, a symbol of Christmas and a harbinger of love, is also a parasite that cannot grow on its own. It grows on another tree or shrub and siphons nutrients by embedding its roots into the bark or stem of the host. 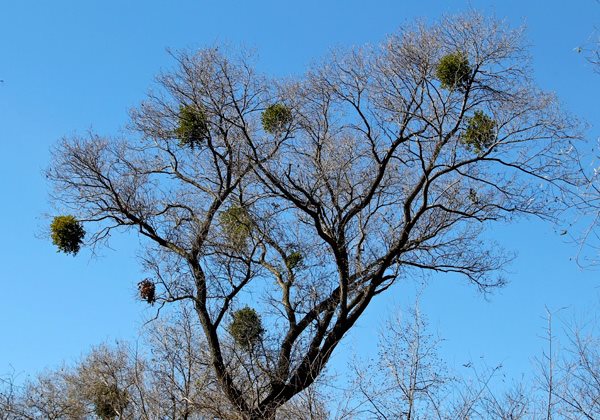 The plant's opportunism is far-reaching and severe. Each of the 1,400 species—which inhabit all continents except Antarctica—is at least somewhat dependent on a host plant, sometimes resulting in its death (albeit rarely, because this would mean the death of the mistletoe as well). The genus name of American mistletoes, Phoradendron, comes from the Greek 'phor,' meaning to carry off (as a thief), and 'dendron,' which refers to trees. The plant's common name is no less indicting: 'mistletoe,' a name derived from the Anglo-Saxon words for 'dung' and 'twig,' translates rather literally to 'dung-on-a-twig,' a reference to mistletoe's method of dispersal and germination. Mistletoe seeds will germinate on a branch after passing through the belly of a foraging bird. It's a well-adapted parasite, as the plant has evolved a sticky residue that coats the seeds, helping them hold onto the host branch. 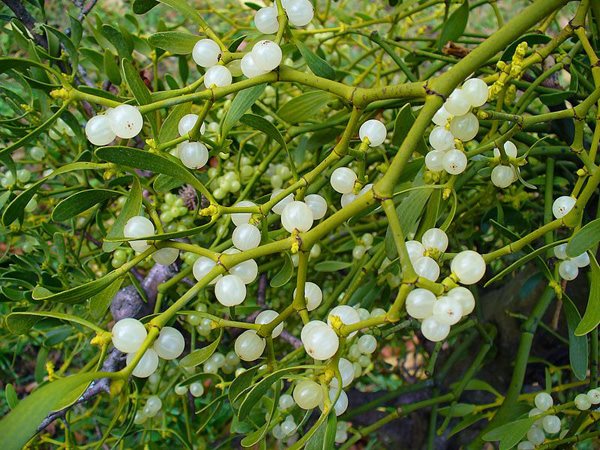 In 2003, David Watson, an ecologist in New South Wales, undertook what would become a 5-year study to determine mistletoe's relationship with forest ecologies. He began with a standard inquiry: What would happen if mistletoes disappeared altogether? In this case, though, it wasn't a rhetorical question. Watson and his team actually removed mistletoe from 17 woodlands, then waited three years to compare them with two other study groups: 11 woodlands where it still grew and 12 woodlands where it never grew. 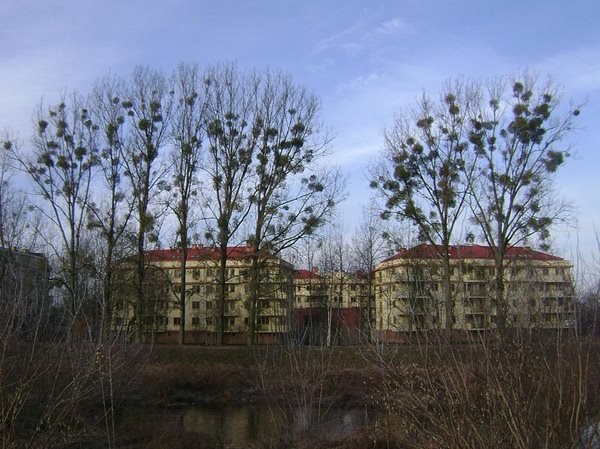 Dr. Watson hoped that the results would indicate that mistletoes conferred at least some benefit to the woodlands, and he wasn't disappointed. Not only are mistletoes helpful, they are a "keystone" species that hold the ecosystem together.

In the woodlands where mistletoes were removed, a third of the bird species had disappeared, as well as many mammals and reptiles. Not only are mistletoes an important food source for canopy-dwellers who forage its seeds, they are also a critical source for life on the forest floor. This confused Dr. Watson until he realized that the plant's parasitism made it quite useful. Being a parasite, mistletoes are casual about the nutrients they absorb. Unlike the host plant, a mistletoe will drop its leaves while nutrients are still in them, and they shed leaves more frequently than non-parasites. Thus, fallen leaves are a fantastic food source for forest creatures year-round. 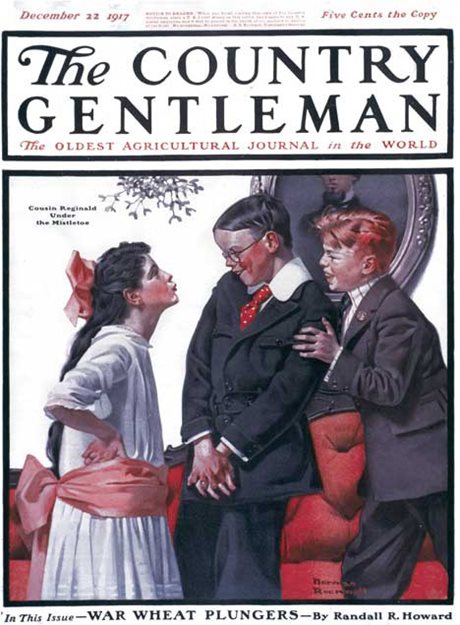 'Cousin Reginald Under the Mistletoe,' by Norman Rockwell. Cover of The Country Gentlemen, December 22, 1917. Photo by: Saturday Evening Post.

Two species are generally associated with Christmas: European mistletoe (Viscum album) and North American mistletoe (Phoradendron serotinum). According to Pliny the Elder, the tradition of hanging it above a threshold to encourage holiday kissing began with the ancient Druids, who believed that mistletoe had sacred powers, as indicated by its height in the canopies, and its green leaves even in midwinter. They harvested mistletoe with golden sickles and hung it over doorways to ward off evil and nurture fertility.

At some point, rules were imposed. In his 1820 book "The Sketch Book of Geoffrey Crayon," American author Washington Irving wrote: "The mistletoe is still hung up in farm-houses and kitchens at Christmas, and the young men have the privilege of kissing the girls under it, plucking each time a berry from the bush. When the berries are all plucked the privilege ceases."

If you pluck a berry, however, don't give it to your sweetheart. While mistletoe's fatal toxicity is largely anecdotal, eating a berry can induce minor physical effects such as a slow heartbeat—which is exactly the opposite of what you're hoping for, if you're standing under the mistletoe in the first place.