Native California Plants for Your Garden

Native plants are one of the state’s treasures, wherever you live By Bart O' Brien

California native plants are those that grow naturally in California. By some estimates, there are thousands of native species in the state. Many gardeners opt for natives because they are drought tolerant and wildlife friendly. Here are some of our favorite California natives. 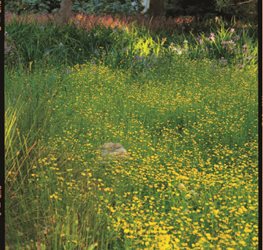 In large numbers, this tiny wildflower (Limnanthes douglasii ssp. sulphurea) creates an impressionist scene at Rancho Santa Ana. Easy and dependable to grow. In mild Mediterranean climates, sow seeds just before rainy season. In the rest of the country, plant seeds in spring once soil thaws. 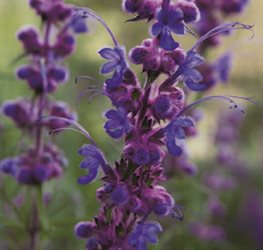 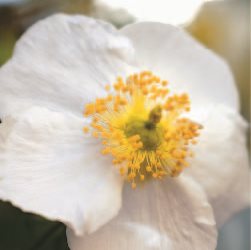 Known as bush anemone, this is one of California’s signature evergreen flowering shrubs, listed as a threatened species but widely grown around the world. Dark green foliage complements the terminal clusters of pure white, 2- to 4-inch blooms, which are exquisitely fragrant. 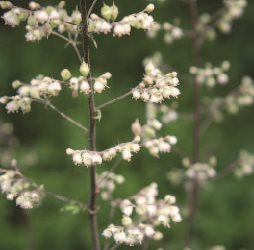 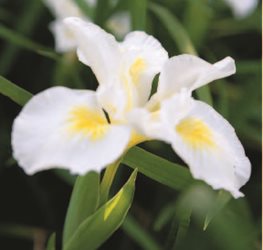 Of the numerous cultivars of California native irises, this one is the easiest and most dependable in the garden. It flowers best when it receives maximum sunlight from late fall to early spring and partial shade during the heat of the summer. 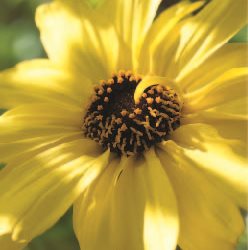 California bush sunflower displays profuse 2- to 4-inch blooms in spring and fall. To prevent sprawling growth, cut back plant to 6- to 12-inch stubs in winter-after the first flush of fall blooms. Treated this way, the plant should remain a manageable 3 feet tall and 3 to 5 feet wide. 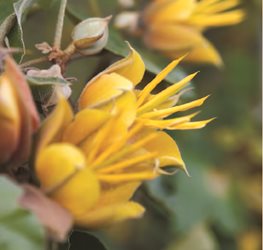 A spectacular flowering shrub, this is an intergeneric hybrid between Chiranthodendron pentadactylon from southern Mexico and Guatemala and Fremontodendron ‘Pacific Sunset’. Ultimate size is unknown, but it should reach at least 20 feet tall and wide. Plants tolerate, and seem to prefer, moderate amounts of summer irrigation. All known specimens (except for the original plant) have tipped over because of a weak root system, yet they continue to thrive as crown-sprouting, multitrunked shrubs. Recommended as a large supported espalier. 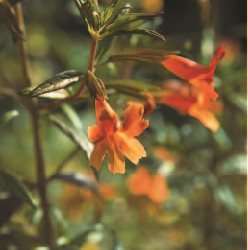 With an astounding range of colors—pure reds, yellows, oranges, purples, whites, pinks and innumerable blends—California’s shrubby monkeyflower (Mimulus hybrids) have long enamored native-plant enthusiasts. Plants prefer full sun to partial shade. Pinch young plants regularly, and cut them back by about one-fourth to one-half when flowering is over. 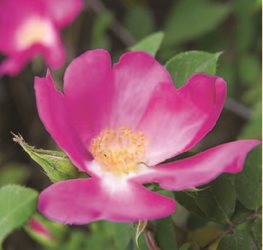 California’s many native roses naturally form thickets of upright thorny stems and are best used to create barriers and wildlife habitats. This one, Rosa woodsii var. ultramontana, has attractive pink blossoms followed by red to orange rose hips in the fall. 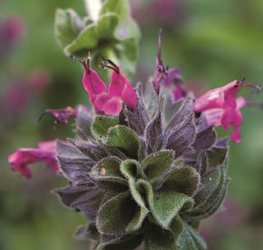 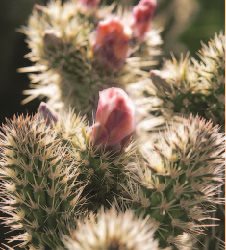 Attractive and shrublike, silver cholla cactus has a fierce yet compelling presence. Beware of its silvery long spines and numerous brown glochids (short hairlike spines) found in dense clusters at the base of the long spines. 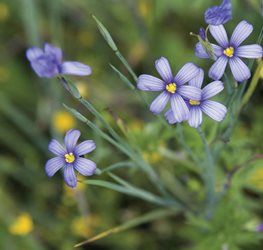 Cheerful is an oft-used epithet to describe the starry blossoms of blue-eyed grass. Flower color varies from all shades of blue-violet to white—but always with a bright yellow center. This small perennial may be evergreen or summer deciduous and will seed about when situated in sunny gardens and heavy soils. For a classic combination, plant it with California poppy (Eschscholzia californica), yarrow (Achillea millefolium), arroyo lupine (Lupinus succulentus) and California buttercup (Ranunculus californicus).

The increasing demand for regionally appropriate plants and landscapes has long been answered by the native plants of California—the most diverse state flora in North America north of Mexico. Fortunately for the rest of the gardening world, many California natives also do well in other Mediterranean and even not-so-Mediterranean climates. As early as the 1830s, well before gold was discovered and California became a state, selections of its native flora were winning top awards at the Royal Horticultural Society in England. In late winter and early spring, California natives look their best, as these photographs attest. They were taken at Rancho Santa Ana Botanic Garden in Claremont, a showplace for hundreds of Golden State species.

One compelling attraction, among many, is the Mediterranean quality that pervades the California native plant palette. Examples are: fragrant leaves and flowers; broad-leaved evergreens of olive green, silver, blue, gray and white; bold flower colors; drought tolerance; a profusion of annuals; and finally the enigma of summer dormancy, when many of the plants shut down growth and wait to make a fresh start with the winter rains.

The majority of California’s most garden-worthy plants are best in Zones 9 to 11. However, many may be successfully grown in Zone 8 or in other areas where suitable microclimates can be created. Seasonal containers are always an option.

Most California native plants prefer full sun, though there are species suited to every kind of exposure imaginable.

Well-drained soils are generally preferred. Most of the plants are adaptable to soils that range from slightly acidic to slightly alkaline.

While most California native plants are considered low-maintenance, they do need appropriate seasonal attention and grooming to stay at their best. Once established, some do their best with no summer watering: You need to know individual requirements.

What is a native garden?

A native garden uses plants that occur naturally in the local environment. Native gardens are incredibly sustainable because they require less water, help sustain wildlife and reduce dependence on fertilizers and pesticides. Often called natural landscaping, this practice is growing in popularity.

Eco-conscious California gardeners plant natives in an effort to restore the natural ecosystem and reduce strain on the environment. Other benefits include saving water, less maintenance, eliminating pesticides, and welcoming wildlife. Many native plants are also beautiful and offer lovely scents.

How to plant California natives

The California Native Plant Society recommends planting natives during fall or early winter. This allows development of healthy root systems and preparation for new growth and blooms during spring and summer. Soil amendments are not necessary since the plants are already well adapted to your area.

How to water California natives

Water California natives regularly until established. After a year, begin reducing the frequency of watering. The watering needs of native plants will vary, so check each plant’s specific needs. Additionally, you should respond to the weather—don’t water after rain, do water during dry spells.

When do California natives bloom?

California natives bloom at various times. Some natives bloom during warm seasons (i.e. Ceanothus), while others prefer cooler temperatures (i.e. Manzanita). When planning a native garden select at least one plant that blooms in spring, summer, fall and winter so that you’ll have year-round interest.

Is lavender a California native?

Lavender is not native to California—it originated in the Mediterranean. However, it does grow well in California because the climate is similar to the Mediterranean. If you want to go 100% native, lavender doesn’t qualify, but if you’re more relaxed it could be a good addition to your garden.

Is lantana a California native?

Lantana is not a California native—it comes from Mexico, Central America, the Caribbean and tropical South America. However, it is popular in California for its colorful, butterfly-attracting flowers and its tolerance of drought. While not native, it still may be a good choice for your garden.

Where can I buy California natives?

Bart O’Brien is director of horticulture at Rancho Santa Ana Botanic Garden in Claremont, California. He is co-author (with Carol Bornstein & David Fross) of California Native Plants for the Garden.