With an eye for the right plant in the right place, landscape designer Bernard Trainor reclaims a magnificent Carmel, California, site By Jenny Andrews

The ocean pulls us to its edge with a primeval force. Toes in the sand, face caressed by sea breezes, we worship the beach as the symbol of idleness and renewal. But as a habitat, the beach is no picnic. The sand we so blissfully let slip through our fingers is nutrient poor, doesn't hold water and is constantly shifting. Winds can be battering. And as anyone who has salted a driveway for snow and ice knows, salt can have a withering effect on plants. 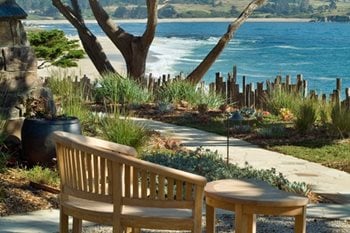 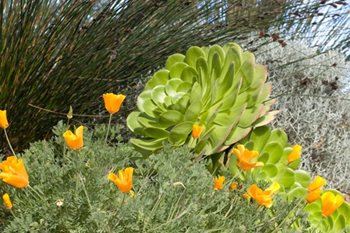 Reclaiming a coastal location — especially one completely overrun with invasive weeds — and creating a garden worthy of its breathtaking surroundings is a daunting task. But landscape designer Bernard Trainor of Pacific Grove, California, near Monterey was "exhilarated" to take on this Carmel Bay project, which he dubbed Rivermouth. The setting could not be more idyllic. Nestled in a geologic and hydrologic nexus where the Carmel River, Santa Lucia Mountains and Pacific Ocean converge, the 1920s cottage was in the midst of careful restoration when the homeowners chanced to hear Trainor give a lecture in San Francisco eight years ago. They were smitten with his philosophy of "grounded beauty," which for Trainor is a combination of pragmatism and poetry — right plant, right place, but with an ear for the "existing vocabulary" of the natural landscape. 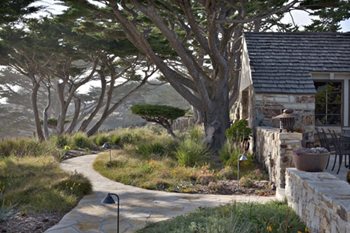 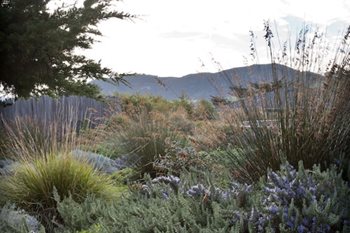 "The owners wanted a landscape that appeared to grow from the place, that showed definite human intervention, but in which it was unclear how much and where someone had touched it and where nature took over," explains Trainor. Such nuances are right up Trainor's alley, but the obstacles were not to be taken lightly: "Basically you will get beaten down if you challenge coastal conditions. I come with humility. But I learn from every site and take risks to arrive at new solutions. My approach is: Embrace the place." 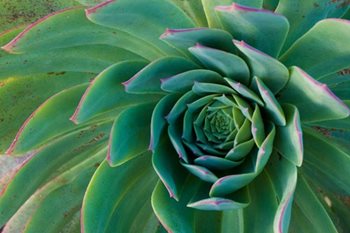 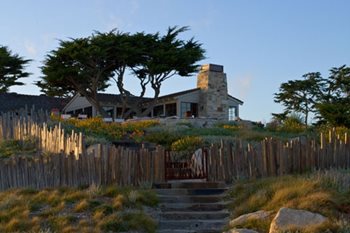 The first task was to remove a mind-boggling mass of ice plant (Mesembryanthemum crystallinum), classified as a noxious weed in California. Landscape contractor Casey Lyon of Habitat Gardens in Pacific Grove took the earth-friendly yet labor-intensive approach of hand pulling rather than using chemicals. After two years of diligent plucking, one sprig at a time, the ice plant was finally gone. Says Lyon, who still maintains the property, the removal was so successful, "I don't even think about the ice plant there anymore." Which was a more-than-pleasant shock to the biologist who had originally surveyed the site when he made a recent visit. His initial evaluation had found just two lonely Indian paintbrushes struggling to stand firm in a veritable ice-plant sea. Now the landscape is a model of diversity. 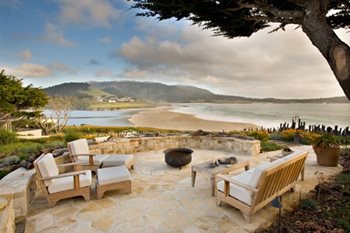 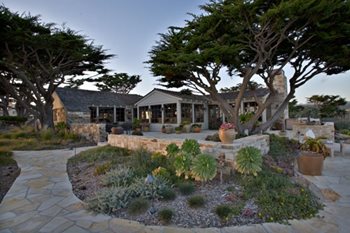 The second challenge was stabilizing the beach side of the property, since the dunes there are actively on the move. One tool for anchoring the dunes is the curving grape-stake fencing, reclaimed from a previous fence and reconfigured into something both useful and beautiful, creating a sinuous, sculptural element in the garden. But the main anchor is vegetation. As the ice plant came out, it was a dance to stay ahead of the shifting sands by replacing weeds with more appropriate dune-holders like California poppy and California field sedge (Carex praegracilis). Trainor calls his approach to the planting fearless, installing 2,500 individual plugs of more than 30 native species. The end result was sure to be spectacular, but it was a tense waiting game for the next six months, watching the small plants slowly grow to fill in the spaces between. 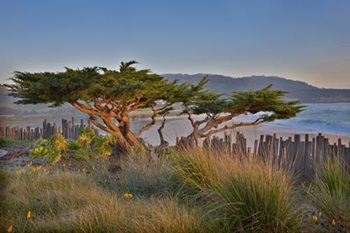 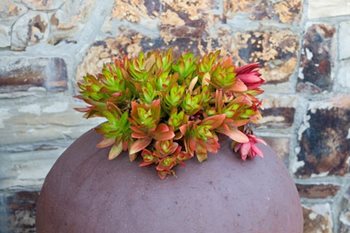 While weeds did pop up (though they didn't last long under Lyon's watchful eye), one of the surprises was how many natives — Abronia, Baccharis and Artemisia pycnocephala among them — also volunteered in the renewed landscape, serendipitously partnering with the installed plants to create what Trainor considers some of the most beautiful combinations on the property. David Fross, owner of Native Sons Wholesale Nursery in Arroyo Grande, which supplied all the plants for the installation, notes that this sort of colonization can happen only if there is a healthy stock of native plants nearby. In this, Rivermouth was supremely lucky. In the Carmel area, the plant communities are fragmented but rich in species, and near this particular property, four or five of these communities "crash together," according to Fross. Once the stiff coastal wind starts swirling seeds around and birds play their part, it's only a matter of time before native species take back their land. 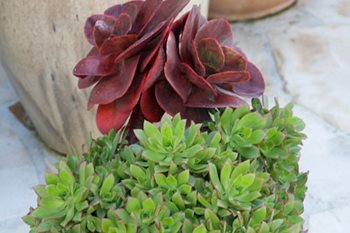 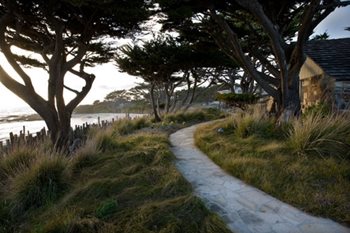 Logically, as Trainor and Fross developed the plant palette for the project, they needed to look no farther than across the street and down the hill for their shopping list. It was an elegantly simple approach — identify the local flora, then take that suite of species, already accustomed to growing together, and apply them to the site, allowing them to naturally respond to a location they've evolved in. Closer to the house, Trainor and Fross also utilized plants from Mediterranean climates in Europe, Australia and South Africa.

In keeping with the "if you build it, they will come" concept, plants weren't the only residents to move back in. Once the site was planted, wildlife joined the party. According to Lyon, the ice-plant landscape was sterile, but now butterflies and other insects abound, and ground birds can be found nesting in the salvia. The new landscape also caused a stir among the human population. A popular walking area — both beachside and street side — the locals took great interest in the progress of the project and tuned into its message.

But the ones who enjoy the site most are certainly the owners, keen gardeners themselves who spend as much time as possible outdoors, strolling through the garden and down the steps to the beach, taking in the views from their terraces, playing with their grandchildren on the native-sedge lawn. To see them reveling in their vital, reclaimed landscape is affirmation of Trainor's goals as a designer. "I start by committing to the place and to the people," says Trainor. "While the vernacular of each site varies, the same design principles apply: Observe the genius of the place, connect with the architecture and respond to the personality of the client. Once you have achieved this, the green aspects and livability just follow. When you add people to a space, it only gets better!"