The Gardens of Downton Abbey

Fans continue to tune in to the popular show about an Edwardian-era family & their estate. Filmed at Highclere Castle, a royal estate with a garden that dates to 1218, today the garden retains the aesthetic of its most famous designer-Lancelot Capability Brown, a preeminent British landscape architect who championed rolling meadows and natural overgrowth. By Anna Laurent

As January 5 approaches, Downton Abbey fans on this side of the pond are eagerly awaiting a US broadcast of the British drama's fourth season. We're dusting off our tea sets and revisiting questions we were left with at last season's close. Of course, readers of this magazine may have additional questions: How high will the trellised roses have climbed? What flowers will fill the garden's herbaceous borders? Will we see any new topiary or espalier designs? The gardens are beautiful, and they are a enthralling backdrop to the drama & romance. In the series, filmed at the grand Highclere Castle, the gardens and surrounding 1,000 acres of English countryside provide lush authenticity to the show's Edwardian-era ambience.

According to writer Julian Fellowes, he wrote the series with Highclere Castle & Gardens in mind. As he says, he wanted a setting that testified to the era's soaring optimism. Highclere, with its stately elegance and impressive history, was perfectly cast. The estate was built in 1842 by Charles Berry, who also built the Houses of Parliament, and the gardens were designed by Lancelot Capability Brown, a preeminent British landscape designer who excelled in cultivating natural beauty in country estates. The estate's current owners, Lord and Lady Carnarvon, have preserved Brown's aesthetic as the garden has grown over the years.

Today, the abundant rhododendrons, azaleas, and acers seem very common place. But in the early 1900s, these plants—imported from the Americas, India, and the Far East—would have signified wealth and horticultural wherewithall. Fruit trees were a popular way to keep the kitchen filled with treats. 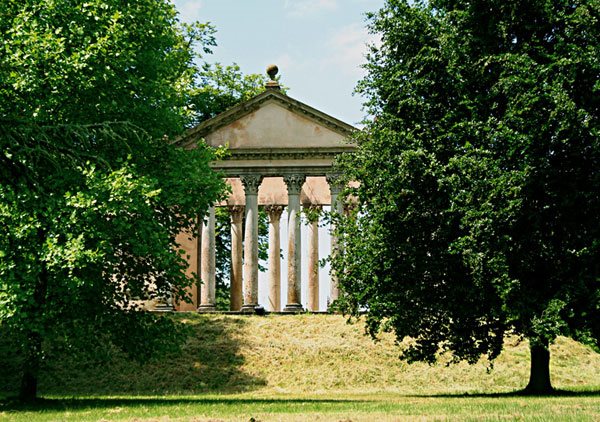 Follies, or architectural ornamentations intended to beautify and not necessarily provide any other function, were popular in 18th century British gardens. This pillared folly called Jackdaw's Castle was built in 1743 as a vantage point from which to view the Castle.

With their natural grasses and seamless flowerbeds, Brown's desgins are sometimes called "gardenless." In the spirit of the original designs, the estate's current Carnarvons recently designated an area south of the Castle as a wild flower meadow. 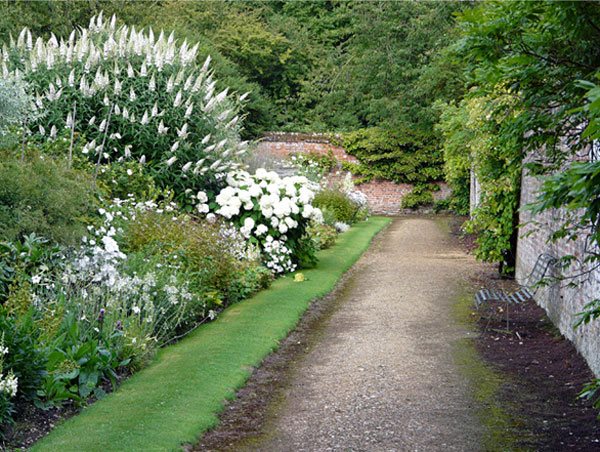 The White Border Garden, which leads from the Monks' Garden to the Secret Garden, includes white hydrangeas, roses, agapanthus, and ornamental pears. 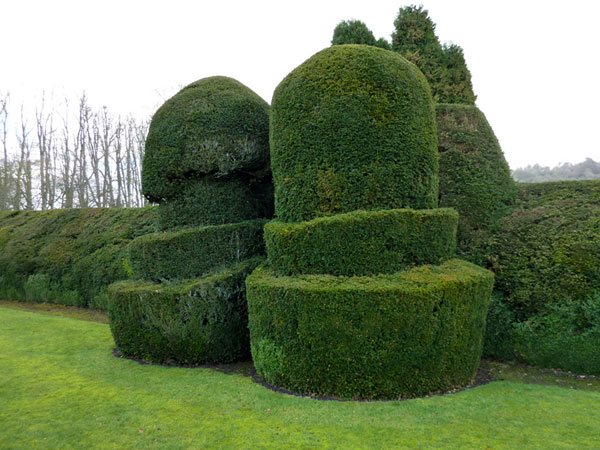 The Monks’ Garden was originally cultivated in the 12th century, when the estate was occupied by the bishops of Winchester. Today, its ecclesiastical history is preserved & adapted: While climbing roses and penstamons have replaced many of the 61 fruit trees recorded in 1218, espaliered medlar and pear trees still climb the ancient walls amidst the yew topiary. 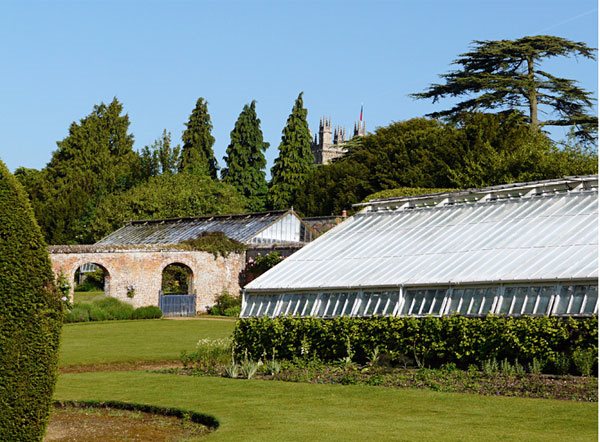 In the Monks' Garden, a glasshouse called the Peach House grows peaches and fragrant roses for the Castle. Astrantia, dark lobelia, and snapdragons grow alongside. 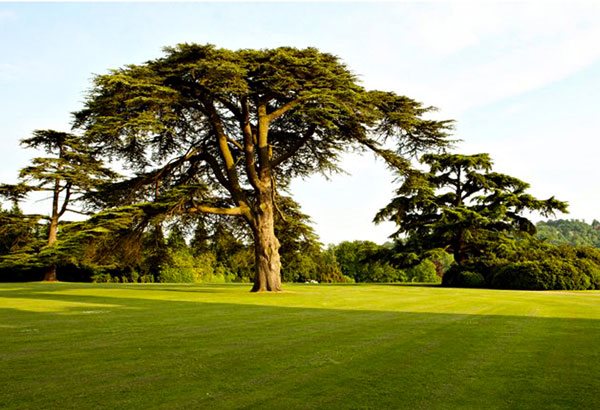 Hundreds of cedar trees, planted over 200 hundred years ago, are among the many trees on the grounds. Some were grown from seedlings given to the 1st Earl of Carnarvon by a cousin, the Earl of Pembroke. 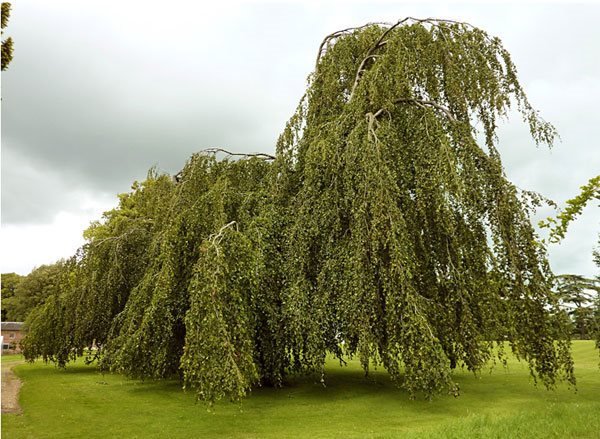 Tree species include non-native and native English species, such as this Weeping Beech (Fagus sylvatica "pendula").

See exclusive features from season 4 of Downton Abbey as seen on PBS's Masterpiece.