After an anonymous one million dollar donation, the gardens at Lotusland will continue to thrive the way Madame Ganna Walska dreamed when she created this topiary fantasyland, which includes a 25-foot floral clock, on her Santa Barbara, Calif. estate back in 1955. By Anne Balogh

Telling time and taming wild animals takes on a whole new meaning in the whimsical Topiary Garden at Lotusland, located on a large estate in Santa Barbara, Calif. 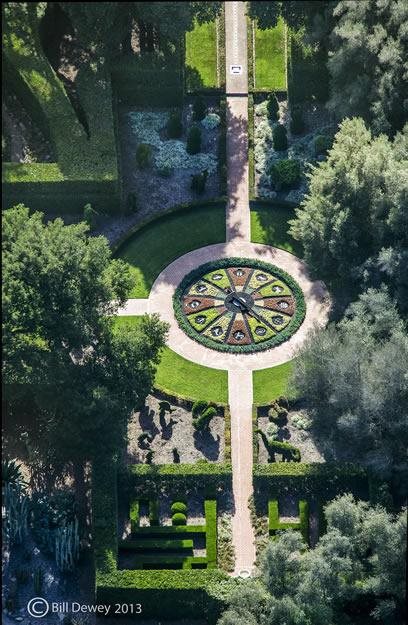 An overhead view of the floral clock. A brick walkway encircles the clock and continues to a restored marble fountain, where a low boxwood maze flanks the path. Photo by: Bill Dewey.

The topiary fantasyland dates back to 1955, when Madame Ganna Walska, the owner of the estate at the time, hired landscape architect Ralph Stevens to create the 25-foot-diameter floral clock that serves as the centerpiece of the garden. 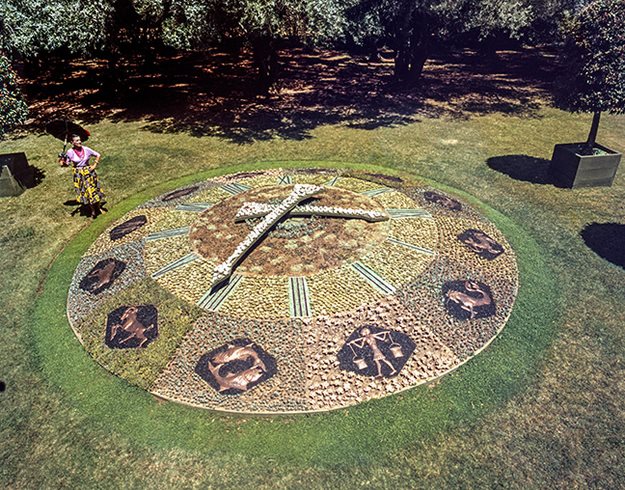 Up until the last few years of her life, Madame Ganna Walska was the “head gardener” of Lotusland. She died in 1984, leaving her garden and her entire estate to the Ganna Walska Lotusland Foundation, to ensure that her legacy would remain in her gardens.

Madame Walska then began populating her garden with a menagerie of topiary animals, birds and reptiles she acquired from the Osaki Plant Zoo in Los Angeles. To mingle among them, she added giant topiary chess pieces and other geometric shapes. Her quirky topiary “zoo” vividly expressed her fascination with the complicated relationship between man, plants and animals. 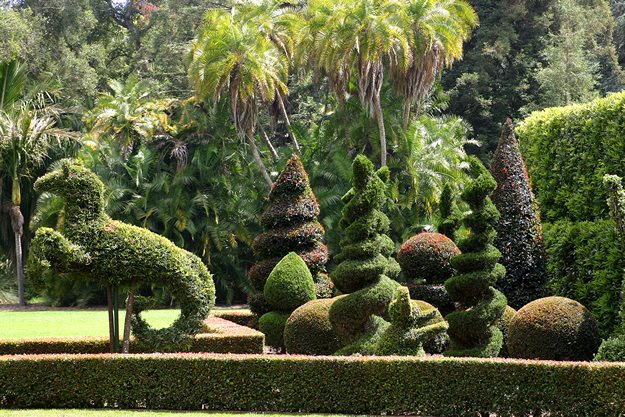 A mythical hippocampus (half horse, half sea monster) gallops in place among an assortment of geometric topiaries and chess pieces forever locked on their squares. Photo by: Barlow.

Built in 1882, Lotusland is one of the few remaining examples of great American estates constructed in Santa Barbara during the Golden Age. Madame Walska named the property in honor of the sacred Indian lotus growing in one of the ponds on the property. Over the years, many of the original topiary shapes she acquired lost their definition or failed to thrive. In 2000, the declining Topiary Garden was completely renovated to replicate the original figures. Today, Lotusland’s garden clock and topiary epitomize the spectacular features incorporated into American garden estates during the first half of the 20th century. Recently, Lotusland received a $1 million gift from an anonymous donor for the purposes of creating an endowment fund to sustain the historic topiary garden in perpetuity. 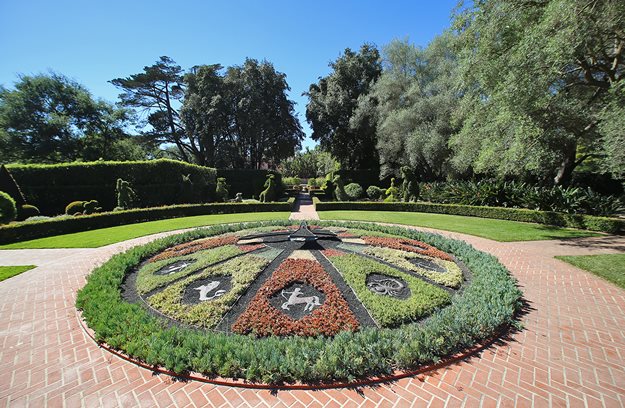 At the time it was created, the working topiary clock at Ganna Walska Lotusland was the largest in the world. Each hour on the face of the 25-foot-dimater clock is signified by a zodiac sign created with low-growing succulents and colored stones.

Guided tours of Lotusland are available to the public from mid-February through mid-November. Because Lotusland is a public garden operating in a private residential neighborhood, reservations are required. “It’s easy to visit if you plan ahead,” says Bob Craig, Lotusland’s director of marketing and communications. “We also admit 5,000 students each year, so every fourth grader in Santa Barbara County gets to see the garden. The energy of the kids in the garden is wonderful.” 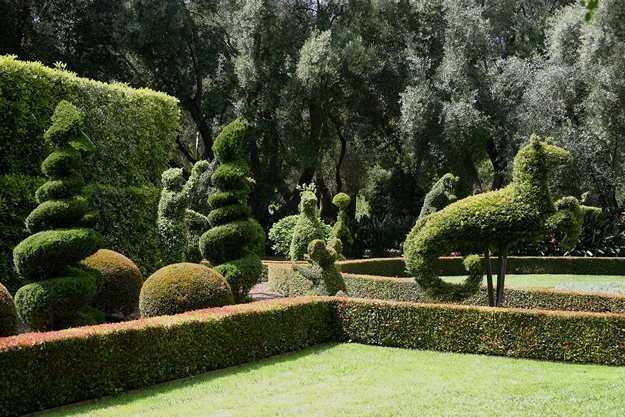 All the topiary are contained in beds neatly edged with low hedges of Eugenia.

For more information on scheduling a tour, visit www.lotusland.org.