More than a century ago, South Florida was a natural orchid paradise, with masses of orchids blanketing every oak and mahogany tree. That all changed in the late 1800s, when millions of flowering orchids were stripped from the trees and packed into railroad cars to be sold as potted plants in flower shops throughout the country. As a devastating consequence of this pillagery, you see more orchids in retail stores today than growing in the wild. And in Florida, the number of native orchids has dwindled so dramatically, that only the miracles of modern plant breeding can restore their population. 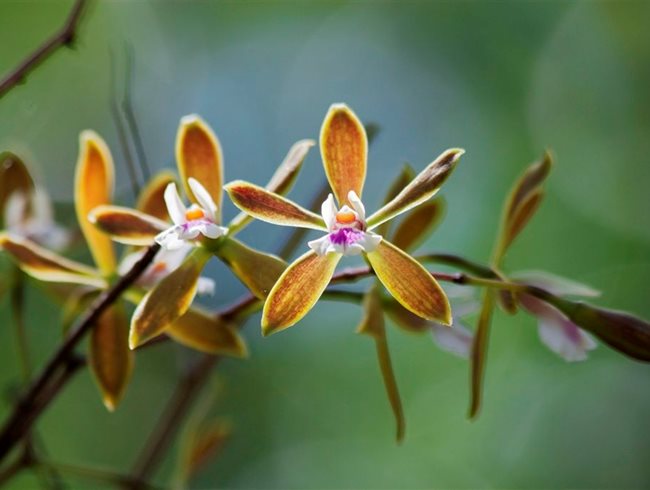 Encyclia tampensis (butterfly orchid) is one of several endangered species the scientists and volunteers at Fairchild’s Micropropagation Lab are working to reestablish. (Photo by: Ken Setzer)

Recently, scientists and volunteers at the Micropropagation Lab at Fairchild Tropical Botanic Garden in Coral Gables launched the Million Orchid Project with the goal of reestablishing blooming orchids in public spaces throughout South Florida. The lab plans to work with the community and local schools to restore endangered orchid species, such as the Encyclia tampensis (butterfly orchid), Cyrtopodium punctatum (cowhorn orchid), Prosthechea cochleata (cockleshell orchid), and Bletia purpurea (pine pink orchid), within five years. More species will be added as the project progresses.

Dr. Carl Lewis, director of Fairchild, who is spearheading the project, says that this effort differs from other micropropagation initiatives because its focus is to reintroduce native orchids into urban environments, such as school campuses, roadways, and neighborhoods, to balance the work being done in natural areas. Thus, the community will play a large part in the reintroduction. 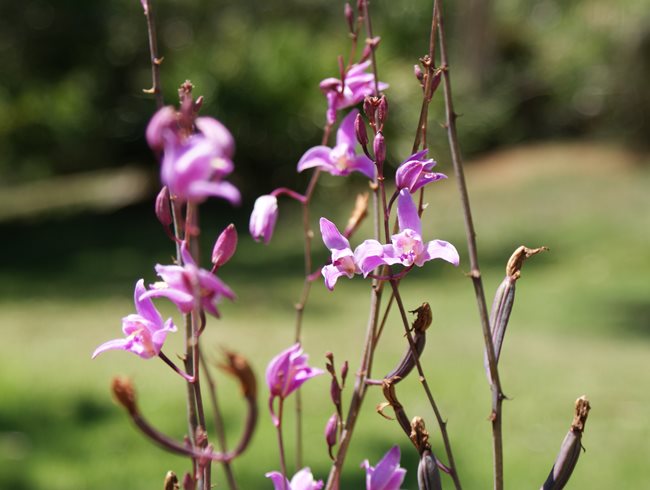 Nurtured in a controlled laboratory environment, one orchid seedpod can generate more than 12,000 seeds. Once the pod opens, the seeds are placed in flasks containing a mixture including agar, charcoal, and banana powder. It takes about three months before the seeds begin to sprout. Here, a pine pink orchid cluster. (Photo by: Fairchild Tropical Botanic Garden)

The project also has an educational component. Terra Environmental Research Institute, a public high school in Miami-Dade County, integrated the Million Orchid Project into a classroom setting in 2013 by installing 10,000 orchid seedlings in the school for students to observe and grow. The project was a big success and was replicated in 2014 in more than 30 Miami-Dade County schools. Orchid flasks have also been installed in BioTECH @ Richmond Heights High School, a new biology-focused conservation school led by Fairchild and Zoo Miami. “The students of these schools are beginning to install the orchids throughout their campuses, and they will soon be installed on roadsides in participating municipalities,” says Brooke LeMaire, Fairchild’s marketing associate. 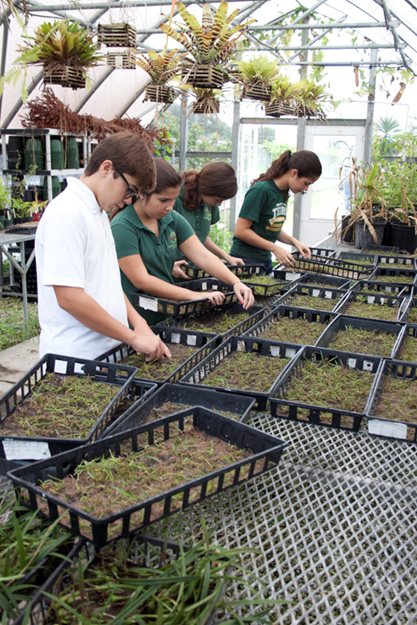