The road up into the mountains from Kingston is not built for speed, but no one seems to have told the driver. As the car hurtles around hairpin turns, the countryside flies by in a blur. It's only when we stop at a switchback to let a truck barrel past that I see the hillsides are lined with small plantations. 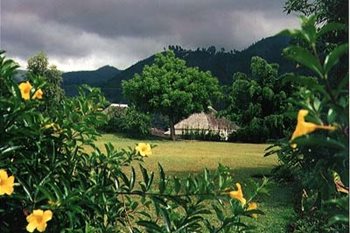 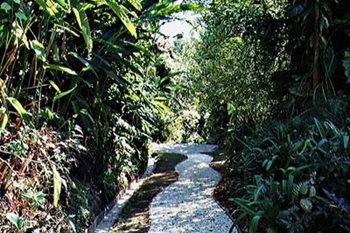 Steep and winding as it is, this road has been well traveled for centuries, the farmers descending with loads of coffee beans, mangoes, bananas, and potatoes passing Kingstonians on their way up to escape the heat of summer. My own mission is somewhat different: to investigate Strawberry Hill, a new inn that promises more than the formulaic two-palm-trees-and-a-hammock resort landscape. 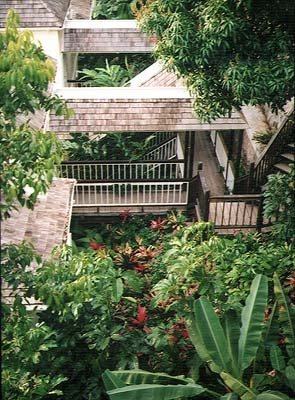 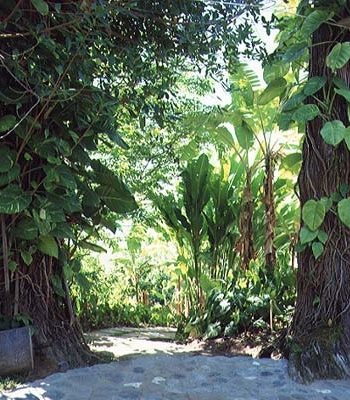 If not for the subtle order of the entry garden's palms, crotons, and ferns, it might be hard to tell where wilderness ends and landscaping begins. ''We've made the garden meet the brush,'' says plantsman-in-residence Jonathan Surtees, who greets me dressed for both. Here the plantings are so dense and rich that the view from my porch overlooking the hillside is a wall of green splashed with red and yellow. But gradually, as my eyes adjust, I recognize the red 'cherries' of coffee trees hanging within reach, and the clusters of palms, ferns, and bananas in the distance-all reminders of Strawberry Hill's past.

A working plantation since the 1700s, Strawberry Hill was named for the English estate of Horace Walpole to whom, legend has it, the land was once deeded. The property was planted with coffee, bananas, and mangoes for meals in the Great House, which, by the 1940s, had become a guest house celebrated for Sunday tea in its private botanic garden. Music mogul Chris Blackwell, founder of Island Records, attended those teas with his parents as a child, and bought the property in 1972 to use as a private retreat: This is where reggae king (and Island artist) Bob Marley recovered from a gunshot wound in 1976. But it wasn't until after Hurricane Gilbert flattened the Great House in 1988 that Blackwell began rebuilding Strawberry Hill as a resort: a new Great House and ten 19th century-style cottages perched on the hillside and tucked into tropical thickets, each with its own unique landscape. 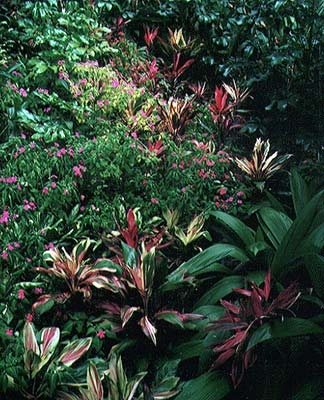 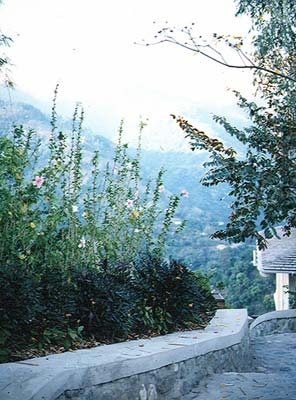 ''Chris Blackwell has a thing about preservation,'' Surtees explains. ''If anyone chops down a tree, he's gone.'' So the present flows into the past as the plants wind down the hillside, and the tame blends into the wild. The gardens work on levels that aren't obvious at first. Unlike the formal gardens of Surtees's native Britain, ''the best tropical gardens aren't meant to be taken in at a glance,'' he says. ''They should be discovered.''

At 3,000 feet, Strawberry Hill straddles the border between temperate and tropical rain forest. The location enabled Hawaiian landscape architect Stephen Haus to squeeze several growing zones-worth of plants into a mere 6 acres. Now, in just an afternoon, Surtees and I explore the diverse vegetation of the whole island, from dry lowland to rain forest to alpine plain. Star apple, ackee, and lychee trees rise on a ridge above the entry. The lower cottages, surrounded by arching Washingtonia palms and heliconias, with their broad, paddle-shaped leaves and fiery flower bracts, have a close, dark, tropical feeling. But as we walk up the hill, the gardens open to the sunlight and become bright with blooming jatropha trees, lantana, and plumeria. All around the Great House, flowering vines (jade vine, thunbergia, and bougainvillea) add color and height. Then, at the crest of the hill, the dense growth gives way to airy tree ferns with woolly prehistoric fronds, to datura, agapanthus, and daylilies. Even that ubiquitous parking lot filler, impatiens, seems at home here (I later find these Caribbean natives growing wild in hillside coffee plantations). 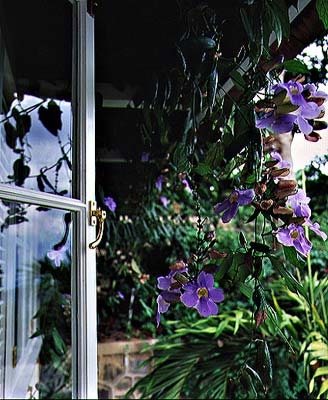 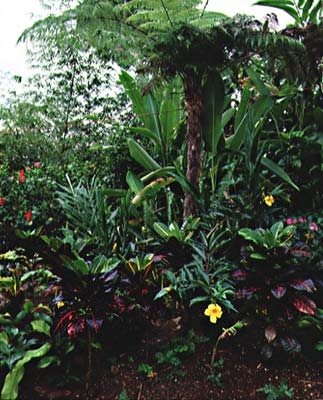 "Haus created a balance with the material that was already in place,'' Surtees says ''Then he added touches of color here and there.'' His hand was guided by the heritage of the island: Red cordyline, for example, had been used for centuries as a boundary marker for estates in Jamaica. Here it flows in a gentle curve down the hillside between two cottages, standing out against an underplanting of silver-leaved aglaonema.

A rhythm runs through these gardens, with bananas, heliconias, and stands of fragrant ginger repeating a tropical refrain. Broad bands of croton and anthurium echo from one cottage to the next, laying down a beat that pulls the divergent gardens together. Blending geography and climate with history and tradition, they speak the dialect of the island. 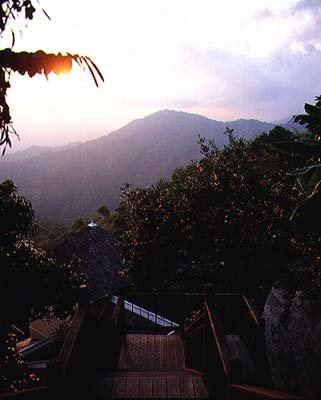 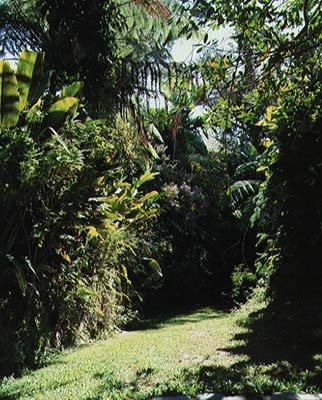 ''My staff of six and I are busy collecting and preserving material from the old garden,'' Surtees explains. ''Importing other tropical plants, creating an island of rare specimens, hoping to make them common. We're contracting with local growers to propagate landscape plants and grow fruits and vegetables for the restaurant. We have the basis for a very exciting garden.''

It's a long way from the manicured faux-tropical landscaping of most resorts. Nor is it an exclusive museum of 'natives only.' Mixing naturalized species like ackee, introduced to the island by Captain Bligh, with native spathodea and orchids, the garden is Jamaica. Like the reggae music that rises up from Kingston, it is a rhythmic confluence of styles, imported and native, woven together with a feeling of pride of place.